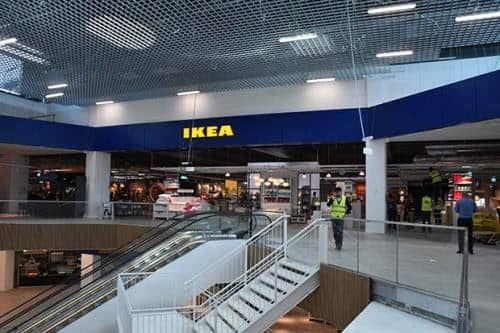 A businessman from Ireland has said that he feels “lucky to be alive” after being attacked by four men while on holiday in Albufeira, leaving him with facial and body wounds.

Following the incident, David Hoban, who lives in Dublin, has been liaising with Albufeira Mayor, Desidério Silva, in a bid to increase police presence in a city he says he will continue to come to on holiday with his family.

The 44-year old had been staying at the property he owns near to the Montechoro Hotel when he was attacked during the early hours of April 16.

“I was on my own walking back to my property near to the hotel at around 3.30am when I was attacked.

“I have to say I was in the wrong place at the wrong time and I appreciate that I was on my own, but the four men who attacked me were extremely violent. They left me bruised, stabbed and slashed. They smashed my glasses into my face, broke my nose and even stoned me with calçada rocks as I tried to run away from them.

“I was wearing a watch and had my phone and wallet on me that I am pretty sure they were after, but they didn’t manage to get them and, as I ran away, I saw the headlights of a car coming towards me so I jumped into the back of it.”

The occupants of the car, although initially frightened, went on to assist him and to call the police and paramedics to attend to David.

After being admitted to hospital for treatment of his injuries, David returned to Albufeira on April 19 determined to seek answers about the lack of visible policing in Albufeira, especially as during the Easter period the city was very busy with tourists.

“I think I was in shock initially but when I had time to recover a little, I realised just how lucky I was to be alive. I truly believe that they would have carried on beating me until they killed me and I wanted to let the authorities in Albufeira know that these sort of crimes need to be stamped out,” he said.

“I demanded a meeting with the Mayor and was eventually able to speak with him. Although he seemed shocked by what happened to me, he explained that there was little he could do to alter the policing levels.”

David added: “As I explained my case, he had a tear in his eye but his sympathy is not enough and if Albufeira wants to continue to attract tourists then the security of the city needs to be addressed.”

While David and his family have been left shaken and shocked by the attack, he has vowed that they will continue to holiday in Albufeira and that he has no intention of selling his property.

“I love the Algarve and do not want this case to put people off coming to Albufeira on holiday. For more than 15 years I have had no trouble here at all and all I am respectfully asking for is that the authorities up their policing levels for this very busy tourist area,” he said.

Although critical of the level of policing, David Hoban said that the reaction of the local people to his situation was “remarkable”.

“After the attack, we were scared to walk even 500 metres back to our home, so we took taxis everywhere. We were taken aback by the compassion of the drivers, who often would not charge us for their services while other local people also treated us with nothing but kindness.”

A spokesman from the GNR police told the Algarve Resident: “We are investigating the case to identify the men who attacked this citizen.

“There have been no more cases than usual reported to us but we will increase patrols in the city in the summer months, mainly in the areas where most tourists can be found.”

Albufeira Mayor told the Algarve Resident that he was concerned about the levels of crime in the city and was continuing to work to push for further policing throughout the year in the tourist hotspot.

“After talking with the victim, I have reported the situation to the GNR, who should now take a different approach to the policing of this area (Montechoro) so that further situations do not happen again,” he said. “My concern about security is constant. Situations like these should not occur in Albufeira especially as we are one of the most popular cities in the region to be visited by tourists.”

He added: “The number of police officers should be increased all year round, not just in the summer. This issue has been raised by me for several years and I hope police authorities take into account what happened in this instance and put more police officers patrolling the streets of Albufeira.”

The issue of the lack of security in Albufeira was also raised during a Câmara meeting on May 3.

Desidério Silva called for more policing and patrolling in the city and presented news coverage of crimes that have taken place in the municipality during the past two weeks, comparing these to police statistics.

“What is reported in the newspapers and the statistics presented by police are contradictory. We must remember that there are people who do not report crimes to the police. I appeal to everyone who is a victim of crime to report the situation to the police immediately,” said the Mayor.