I started running around a month and a half ago as it was a great way to get fresh air during lockdown. I never really used to do much cardio before then; I always prioritised weightlifting. But we often forget about the most important muscle of all, our heart. The American Heart Association recommends we do at least two and a half hours of moderate-intensity cardio per week to maintain a healthy heart.

But running, brisk walking, or any other preferred form of exercise aren’t just physically healthy but also good for you mentally. We all know by now that exercise helps improve your mood and happiness, due to the release of neurotransmitters like endorphins, dopamine and serotonin; however, it can also boost creativity. In the most recent book I read, A Moveable Feast, Hemingway wrote about his writing habits and how walking helped his creative process: “I would walk along the quais when I had finished work or when I was trying to think something out. It was easier to think if I was walking and doing something or seeing people doing something that they understood.”

Hemingway wasn’t alone either as there are hundreds of writers, artists and thinkers alike who use walking or some form of exercise to boost their creativity. Charles Dickens would walk entire marathons a day. Aristotle would give lectures whilst walking around the school grounds. Beethoven would take long walks with a pen and sheet of music in hand.

Another one of my favourite writers, Haruki Murakami, was also an avid runner and even wrote a book called What I Talk About When I Talk About Running. The book is a memoir where Murakami focuses on the connection and relationship running has with writing: “Most of what I know about writing fiction I learned by running every day.” Murakami has completed dozens of marathons throughout his lifetime, including one ultra-marathon and the route from the original marathon in Greece.

The original distance of a Marathon is based on the legend of Pheidippides, a Greek messenger. According to legend, Pheidippides ran from the city of Marathon all the way to Athens – a distance of around 40km – to deliver the message that the Greeks had been victorious against the Persians during the battle of Marathon.

Inspired by this legend, the first organised marathon was held in Athens during the 1896 Olympics where athletes ran a distance of 40km. It wasn’t until the 1908 Olympic Games, which were held in London, that the marathon distance was extended to the standard current distance of 42.195km.

It is said that Queen Alexandra had the race start on the Windsor Castle grounds, under the window of the royal nursery, so that the younger royals could witness the beginning of the race. The marathon was to finish in front of the royal box at the Olympic stadium, a distance that randomly came to be 42.195km.

This distance eventually came to be the official distance of the marathon.

As I mentioned in the beginning of the article, I started running about a month and a half ago. I started off with a couple of runs a week of just a few kilometres, eventually building up to 10km. Then one day I just kept running for longer than usual and ended up running half a marathon. I was completely exhausted when I finished, but I began to think that running a marathon would give me something new to write about.

So, after a few more runs, I traced a route close to home where I could leave some waters, bananas, sport drinks and snickers outside the gate, which I could grab after every lap. Apparently, snickers actually used to be called marathons.

Just over half way, I had been running for the longest I had ever run. Each individual leg felt as though it weighed as much as my entire body. I thought back to all the times I had skipped leg day in the gym. I was now sun burnt, tired, hungry and dehydrated, and I quickly realised I should have been better prepared for this. A couple more kilometres and my feet started hurting just as much as my legs did and I wondered whether it was worth trying to finish. But the thought of stopping and having to start over another day was worse than trying to overcome the pain.

After four hours, 36 minutes and 52 seconds, I managed to run the 42.195km set by Queen Alexandra over a century ago. I didn’t come close to breaking any world records, however; only 27 out of the 75 competitors in 1908 ended up finishing the marathon.

Records or no records, I have come to enjoy running. I used to listen to music during a run, but I have now started to enjoy podcasts, as I feel they complement both running and writing. I especially enjoy Joe Rogan’s podcast as he has writers, scientists, athletes, comedians, and adventurers alike come on the podcast, which makes for great inspiration for both activities. 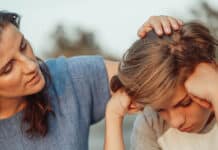 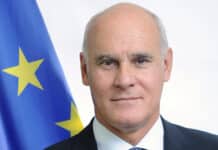 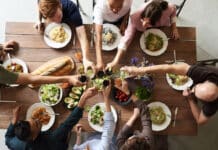 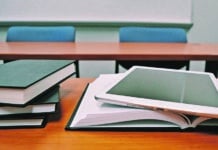 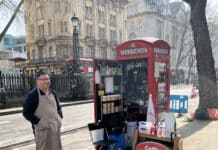 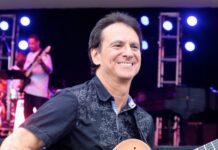