Portugal Resident
Home Original I have joined a gym … 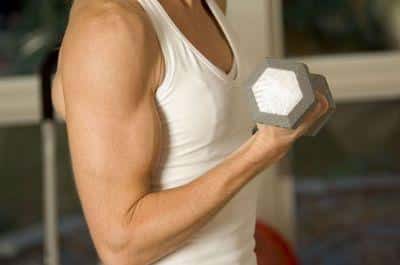 I have decided I need to take the bull by the horns, as it were and do something about my levels of fitness, or lack of. During the first four months of each of the last two years I worked in London. My journey to work was by bicycle, so I was cycling about 100 miles a week. This exercise did wonders to keep my waistline in check and now that I am no longer cycling, the pastéis de nata are taking their toll. To counteract this I have joined a gym and intend to visit three or four times a week.

I have visited the gym twice. The slight concern is now a state of emergency bordering on panic. The weird and wonderful machines at the gym seem to have metamorphosised since my last gym sessions a year ago. But these machines are as nothing when compared to my fellow gym buddies. Ladies, who when chanced upon in the street appear to be normal, in the gym turn out to be some mutant cross between the bionic woman and our beloved Martina. Elderly men, who look like they will have difficulty standing, transform into incredible muscle clad superheroes once faced with a set of weights. As well as the treadmill, exercise bikes and weights, there now exists all manner of strange machinery which send one’s legs and arms flying in unnatural directions. Machines, which I have difficulty simply standing on, are mounted by these supernatural humans, who then spend upwards of 30 minutes exercising and barely break a sweat.

While gently sauntering along on the treadmill, ignoring the frenetic activity either side of me and watching a bit of telly, my mind wandered back over the years to a friend of mine, back in London. This friend, Malcolm, had decided he needed to get fit and was introduced to a local gym by a work colleague.

Upon arriving, Malcolm was a little intimidated by the other gym users, all men, most of whom turned out to be boxers. They all took weight training very seriously, sweated profusely and possessed arm muscles as thick as Malcolm’s head. The gym, he assured me, was ‘pungent’ with the odour of physical exertion and the audible strains of the boxing fraternity, struggling with impossible loads, not particularly conducive to the smooth integration of a nine stone weakling.

Malcolm flounced around with a few aerobic machines and was then taken over to the weights. As he lay, prone on the bench, a bar, laden with weights, was placed into his hands. Despite struggling, Malcolm couldn’t move it. A few weights were removed, still no joy. This continued until Malcolm suffered the indignity of simply lifting the bar, with no weights attached. The polite encouragement and reassurances of the other lifters did nothing to ease his humiliation.

Still a month to go before Mum and Auntie Elsie arrive in the Algarve for a short break and already the phone calls have started. Can I give her the code for Praia da Rocha as she has been trying unsuccessfully to contact the hotel. I knew better, but asked why. “To find out if they have a teas-maid in the room.” I breathed slowly, relaxed my muscles and let it go.

A few months ago, a little gentle weeding at the side of the house increased in activity until eventually became an all out frenzied assault on the encroachment of mother nature. This activity has led to a void at the side of the house where there used to be a garden (of sorts). This weekend has seen the inauguration of an ambitious project to change this desolate wasteland into a patio area. Unfortunately this area is blighted somewhat by the presence of a conifer tree, which has grown bigger and fatter than anticipated and needs to be removed. Removal is somewhat difficult due to the presence of other more fragile trees, an electricity cable and a house. Also, somewhat foolishly we have just built a beautiful retaining wall using local stone, narrowing still further the possible falling place for this tree.

While settling down to watch Coronation Street this evening, we were startled by the presence of a pig looking in through the door. The electric fence had blown down in the wind, earthed and left the way free for Eggs to go a wandering. Ordinarily she is quite happy to remain in her own area, but today is the start of her season so she is on the lookout for love. Getting her back took 45 minutes and involved lots of running and chasing as well as some strategically placed buckets of grain. Once back in her area, she had to be kept there while the fence was repaired. This meant me acting as a decoy, a likely mate, while Martyn repaired the fence. This decoy role is a finely timed affair of standing close enough to keep her interested but at a safe enough distance to execute a speedy retreat, hurdling a fence, if necessary. The things you do for free range pork.

I have always been a little averse to the expat developments along the Algarve coast, with their manicured lawns and Lego-land houses, all a little too Stepford Wives. However, today at the gym, after a strenuous workout and a relaxing swim, I listened in to a conversation as one immaculately attired super fit Stepford wife arranged to meet another at the restaurant later. I thought of my drive home, the leaking pipes, wayward garden, escaping pigs and canine occupied sofa. In a momentous mind shift my whole outlook altered. Suddenly a sparkling computer controlled home with a well behaved garden and a Stepford husband seemed incredibly appealing.

Back to real life and the offending tree was cut today. Helder (a friend) did the cutting, Martyn directed the fall with a rope and I charged about manically. The tree was felled perfectly and is now drying out ready to be burned in the winter.