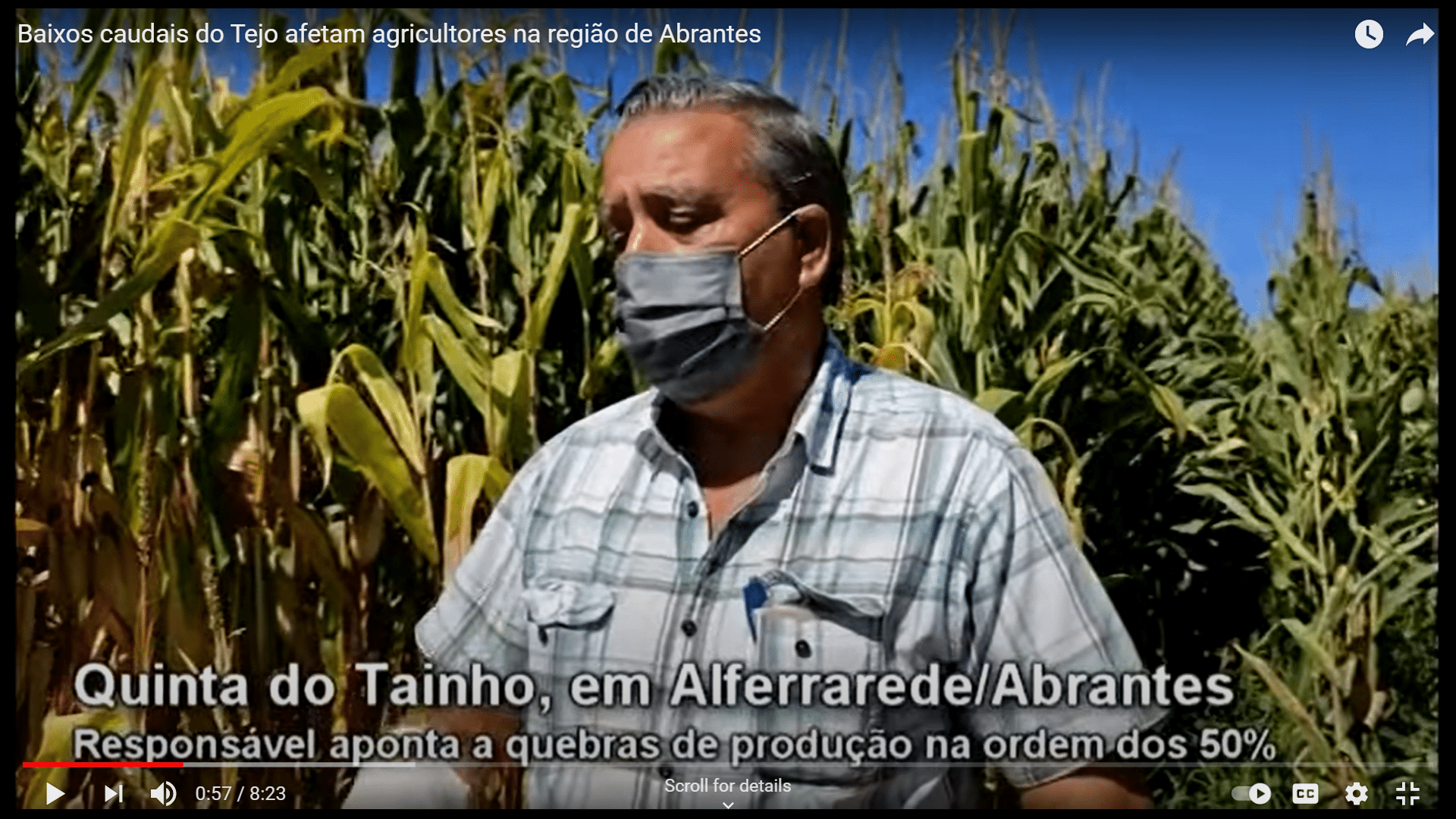 The ‘wonders of hydroelectric power’ are coming home to roost along the Tejo river, affecting both sides of the border.

Authorities in Spain and Portugal are decrying what they describe as “a scandal”.

Hydroelectricity provider Iberdrola has been literally draining dams to produce electricity “at a moment when prices are skyrocketing”, writes Correio da Manhã.

Producers on the Portuguese side are suffering ‘serious problems’, due to dire shortages of water: crops, like corn, have suffered “falls in production”, while Spain’s government is seething – and carrying out an investigation of businesses that manage dams along not only the Tejo, but Douro and Minho as well.

ProTejo, the citizens movement fighting for Portugal’s rights when it comes to water on the Iberian Peninsula’s longest river, warns it may end up filing a complaint with the European Commission.

The issue, as always, is why is water – such a precious resource – is in the hands of big business.

Tussles already exist between the two countries’ governments: adding hydroelectricity providers into the mix makes everything a great deal worse.

Iberdrola, for its part, claims it has done everything “in contact with the competent authorities”.

But municipalities affected (those in Abrantes, Mação, Vila Nova da Barquinha and Vila Velha de Rodão) say the situation has become desperate: it’s time for everyone to get round the table to re discuss daily flow allowances.

Luís Damas, president of the association of agricultural producers in Abrantes, Constância, Sardoal and Mação, explains that water flow from Spain the last fortnight has been “a disgrace…” to the point that farmers along the Tejo borders are losing crops.

ProTejo’s Paulo Constantino says the group is meeting in Abrantes shortly to discuss the problems and “ponder advancing with a complaint to the European Commission”.

Image: farmer José Bento explains how production in terms of corn has fallen by 50% this year.