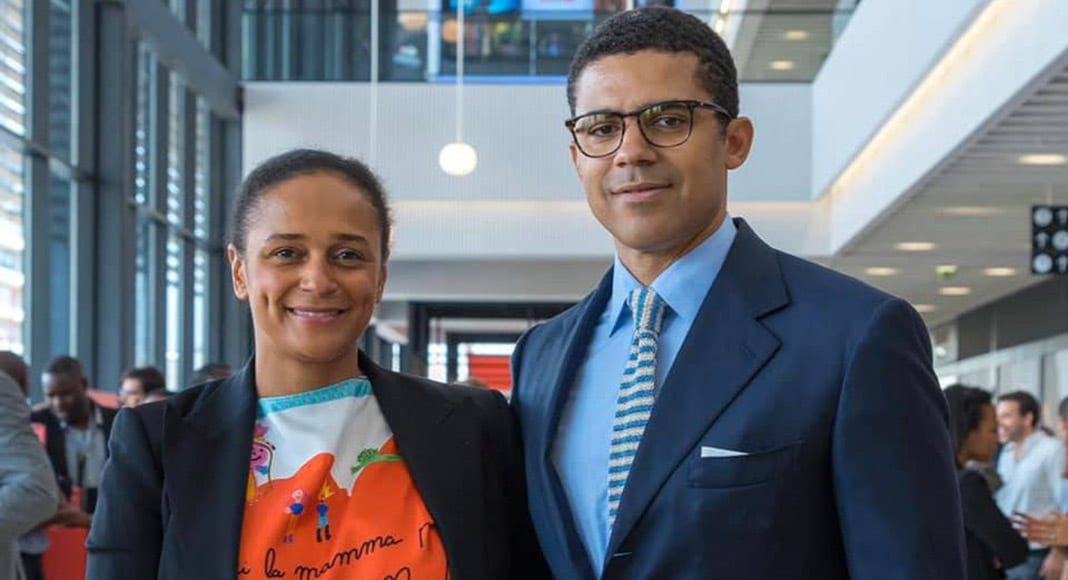 updated since being posted…

The extraordinary story of Luanda Leaks – the scandal of billions allegedly ransacked from Angola by former first daughter Isabel dos Santos, her husband Sindika Dokolo and others – took another bizarre turn last Thursday.

Sindika Dokolo, just 48 years old and by all accounts extremely fit, died during a ‘free dive’– a form of diving that relies on holding breath-holding – on an island in Dubai.

A tweet posted by Michée Mulumba personal assistant to the president of the Democratic Republic of the Congo broke the news, with the words: “You left for eternity during an underwater dive. An habitual activity that took you from your combat, your closest. Rest in Peace”.

Messages of condolence started ‘flooding’ social media as elsewhere Mr Dokolo’s death was regarded with a certain degree of mystification.

Explained an early report by TVI, it was not truly explained. Official confirmation also took time to filter through.

Mr Dokolo was the son of a Congolese millionaire, and a businessman in his own right with a huge commitment to culture.

However he was also one of the key figures in the financial ‘scandal’ which has seen the Angolan and Portuguese States confiscate large sections of the dos Santos ‘empire’.

It’s unclear now how Mr Dokolo’s alleged part in the scandal will be ‘handled’.

Angolan, Portuguese and even authorities in Monaco are understood to be investigating money laundering claims that involve a number of the dos Santos family members (Mr Dokolo included).

Said Expresso earlier this year: “The investigation by the Monaco authorities was motivated by the detection of large sums deposited with financial institutions in the principality”.

Ms dos Santos and Mr Dokolo have always refuted the contents of the Luanda Leaks dossier, but both have been living in Dubai since the scandal broke, showing no inclination to return to Angola to answer questions.

Learning of this latest twist in the extraordinary saga involving untold billions, former MEP Ana Gomes – a fierce critic of Ms dos Santos who recently survived a court action for defamation taken out against her – tweeted “Strange… very strange”.

When pressed for an explanation for her commentary, Ms Gomes – currently standing as a candidate for the Portuguese presidency – told reporters: “That is all I have to say”.

For a background to the Luanda Leaks dossier, click here