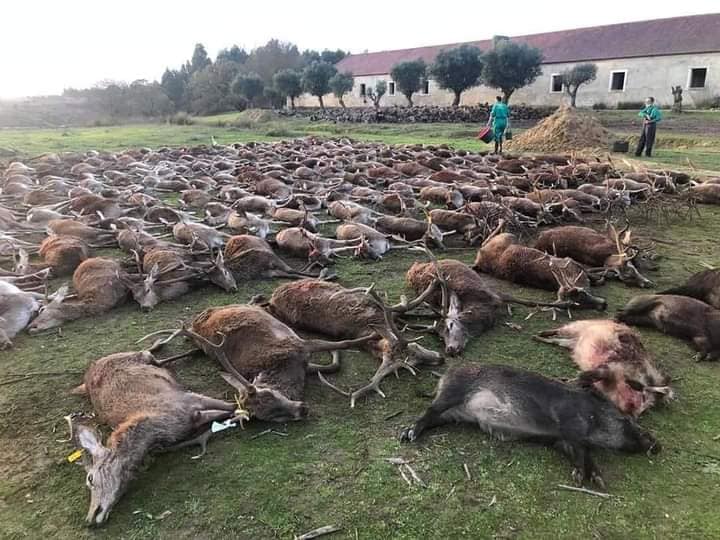 Portugal’s Institute for the Conservation of Nature and Forests (ICNF) has decided to maintain the suspension of hunting in the Hunting Area of Torre Bela, in Azambuja, in Portuguese capital Lisbon.

“ICNF determines the maintenance of the suspension of hunting activity in the Tourist Hunting Area of ​​Torre Bela and the suspension of protocols and agreements with first level Hunting Sector Organizations,” the statement reads, according to Expresso.

The organization revealed that the investigation launched to determine the circumstances around the slaughter of about 540 animals  in the district of Lisbon, has been completed.

The investigation, according to the ICNF, found that the”slaughter of an excessive number” of animals had been carried out, adding that there was “strong evidence of unsustainable management of the exploitation of the existing game herd at Herdade da Torre Bela.”

The investigation also indicated that there had been “difficulties in controlling compliance with the requirements to be observed when issuing hunting licenses to non-residents in Portuguese territory, issued by first level hunting sector organisations, as well as with regard to the sale of stamps for marking large game specimens slaughtered in hunting areas.”

As well as maintaining the suspension of hunting activity, until the conclusion of the ongoing investigation at the Public Prosecutor’s Office, the ICNF also decided to suspend protocols and agreements celebrated with top level hunting sector organisations, which together with the institute, regulate the issuing of hunting licenses to non-residents in Portuguese territory.