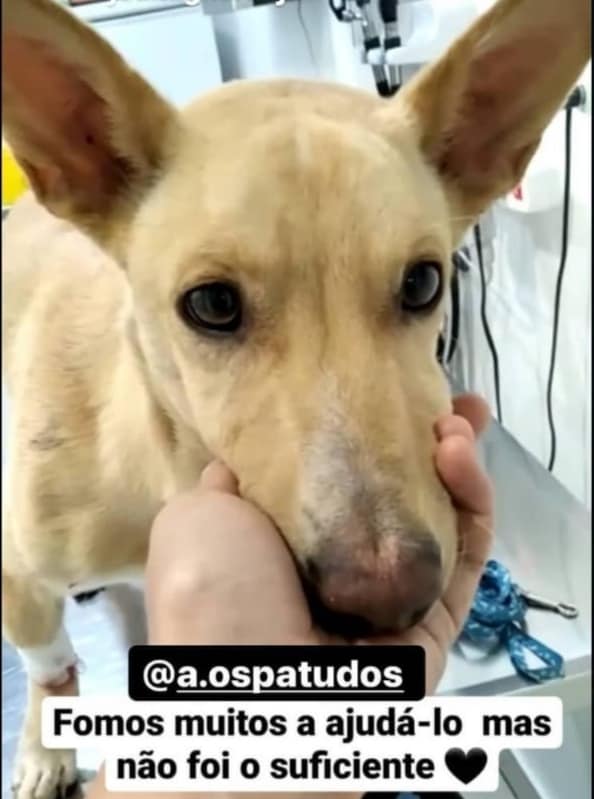 The hunt is on for the “monsters” who glued a little dog’s jaw shut and then threw him from a moving car between Pocariça and Póvoa de Bispo in Cantanhede late last Friday night.

The animal was immediately rescued by three friends who witnessed his throwing (but did not get the details of the car).

The girls took the dog to animal association Condeixa Patudos, but surgery failed to reverse the damage.

On Sunday, with immensely heavy hearts, the association made the decision to euthanise.

“We tried, we did everything possible to save him, but it wasn’t enough”, says the message on the group’s Facebook page. “We are all suffering. We almost feel the pain that was inflicted, the suffering, the fact that he wanted to speak but couldn’t”.

Association spokesperson Olga Ruth explains that that dog had multiple fractures to his jaw, and “the articulations were blocked”.

“Surgery couldn’t correct the injuries, and this is why euthanasia was authorised. He would not have had quality of life without being able to open and close his mouth”.

The only thing that can be done now is bring the people/ person who did this to justice.

To this end, Condeixa Patudos is asking for the above image to be “shared to the maximum” so that someone might recognise the little dog and identify its former owner/s.

Anyone with any information can get in touch via Facebook, or by calling a telephone number on the Condeixa Patudos Facebook page.