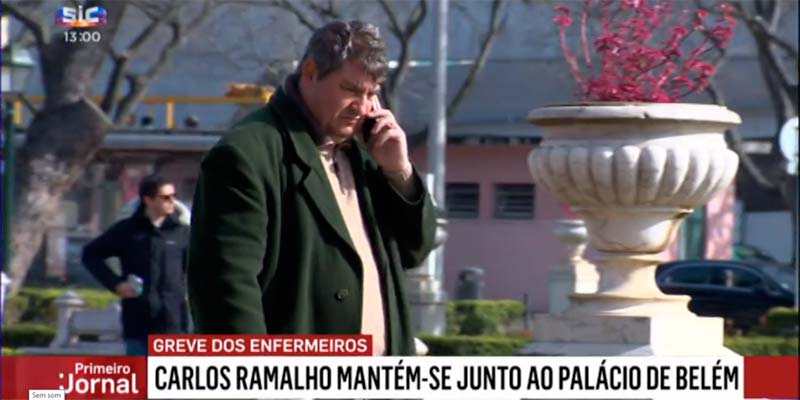 The lonely and very uncomfortable hunger strike mounted on Wednesday by syndicate leader Carlos Ramalho is to be disbanded thanks to the government’s decision to resume talks with battling nurses.

Ramalho has been talking to journalists throughout his self-imposed ordeal and described the greatest hardship as the biting cold at night.

The president of union Sindepor, he set up a flimsy tent outside Belém Palace minutes after enjoying a fortifying meal of stuffed squid, said Observador.

His stand was designed to force the government back to the negotiating table following the Attorney General’s ruling that nurses’ strike action since November has been ‘illegal’ (click here).

Health minister Marta Temida announced today that negotiations would be going ahead by March 1 (next Friday).

Say reports, the minister telephoned Carlos Ramalho as he paced the gardens of Belém Palace, to inform him of her decision.