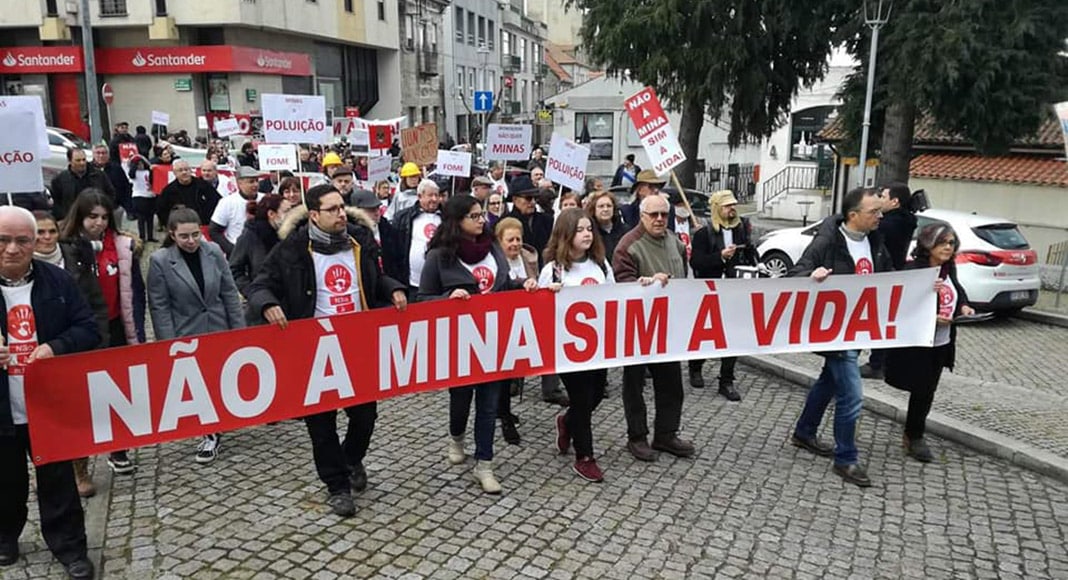 Over 300 people turned out on Saturday to protest against lithium mining in Montalegre.

At the same time, André Silva, MP for PAN (People Animals Nature party) said he was “incredulous” when that even though investigators have found that mining will “degrade the landscape, increase noise and dust and contaminate underground water and soil with the oil run-offs”, the project has been given the environmental go-ahead.

Silva suspects bosses at APA (the Portuguese environment agency) and the ICNF (institute of conservation and forestries) have allowed themselves to “become subjugated to an economistic logic” “in counter cycle to their core mission to protect the natural environment”.

Stressed tabloid Correio da Manhã over the weekend, the environmental impact study flagged all the negative effects, emphasising the need to avoid pollution to aquifers (underground sources of water) “at all costs”.

Silva said he could not understand how so many negative effects could be deemed “insignificant”, “minimizable” and “local in scope”.

“We’re talking open-pit and subterranean mining over an area equivalent of 825 football stadiums…” he said.

It’s an territory of great natural significance, with some species already in a “worrying states of conservation… We’re talking of the Golden Eagle, the Lusitanian (Gold Striped) Salamander and the Palmate Newt”.

The land is also a preferred habitat of the Iberian Wolf, which is listed on the Red List of Endangered Vertebrates, and as such should be ‘protected’ by specific national legislation.

Thus, Silva has called for “more balance, and much more rigour” in determining investment “that is actually relevant for this country”.

As for protestors, they have left the government in no doubt that mining plans are not welcome – no matter how many economic benefits may be proposed, and however ‘sexy’ the notion of a money-spinning ‘lithium cluster’ may appear.

Reports Lusa, the government is planning to present local authorities with its new law on lithium mining next month which Secretary of State for energy João Galamba has already assured “takes care of all concerns and is an example on a European and world level of sustainability of the extractive industry”.

Readers may recall that Mr Galamba has featured in a journalistic investigation suggesting this particular mining project is overshadowed by deep-seated suspicions of corruption (click here).