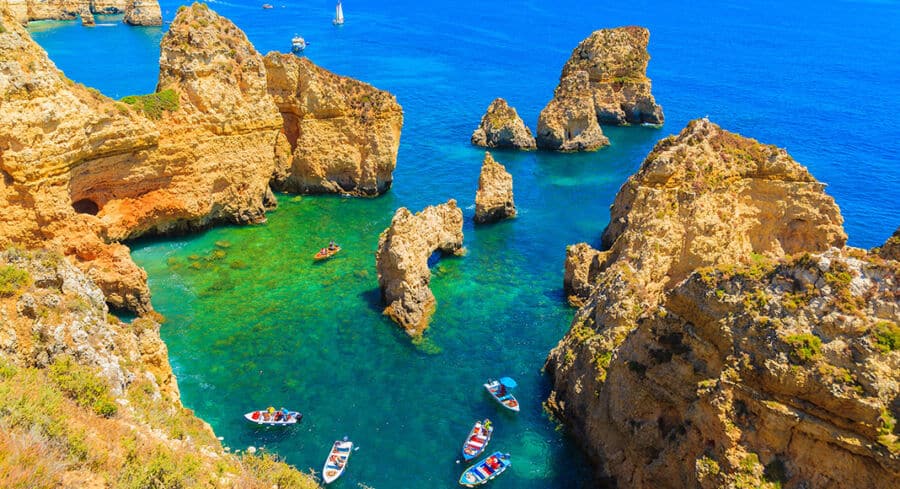 Hundreds of citizens have signed an open letter demanding the protection of the stunning cliffs of Ponta da Piedade in Lagos which is due to be delivered to the local council on Thursday (April 8).

Among the over 300 people who have signed the letter are Portuguese celebrities such as Algarve singer Dino d’Santiago and Portuguese actress Rita Blanco.

The letter was created in response to the fencing off of Ponta da Piedade’s cliffs which are no longer accessible to the public, as the council plans to build boardwalks in the area, local activist Jonathan Silva told the Resident.

It has three demands: the removal of the fences, the withdrawal of any development plans or construction permits for the area and the opening of a public consultation so the community can decide together with the council what should be done.

“I grew up in Lagos and I have a very personal connection to this area. I used to run there a lot when I was younger and have lots of good memories,” he said.

However, after years working abroad, Jonathan returned to Lagos last year only to find that the cliffs he loved to explore when he was younger had been fenced off.

“There are fences all the way to the coast,” he said.

Jonathan contacted the local council for months but all the responses he received were short on information about what was planned for the area.

Concerned about what could happen to Ponta da Piedade if he gave up, Jonathan decided to reach out to his friends and fellow citizens to form a grassroots movement demanding protection of the area.

It was not long before pan-European movement DIEM 25 threw its support behind Jonathan’s cause, helping him with administrative tasks such as contacting the press.

Said Jonathan, as exposure about his cause grew, he was finally contacted last week by Lagos Mayor Hugo Pereira who invited him to a meeting at town hall to discuss the plans for the area.

“What I was shown were plans to build boardwalks all the way from Praia do Pinhão to Ponta da Piedade,” he told us, adding that council officials hinted that the project is already underway and little can be done to change it. No mention was made of any private construction taking place on the land, Jonathan added.

“We want the plans to be shown to the population. All we are asking for is to have constructive dialogue with the council,” Jonathan said, adding that he informed the mayor that he would be delivering the open letter this week.

Lagos Council confirmed to the Resident on Wednesday, in a written response, that a meeting was held with Jonathan Silva and that the plans that were revealed are part of the second stage of the area’s redevelopment project.

Said the council, the preliminary study has already been approved by the national environmental agency APA and regional development commission CCDR Algarve.

“More news will be revealed soon”, the council added, although admitting the project includes a series of land restoration initiatives, the construction of boardwalks over the existing walking trails to provide more “safety and comfort” and efforts to protect the area’s cliffs.

The first and second stages of the project represent a €2.7 million investment, says the council, 60% of which is covered by community funding.

More information about the citizens’ movement can be found online at https://diem25.org/faces-diem-saving-nature-from-private-interests/

The letter can be signed online at https://solemage.mozello.com/openletter/