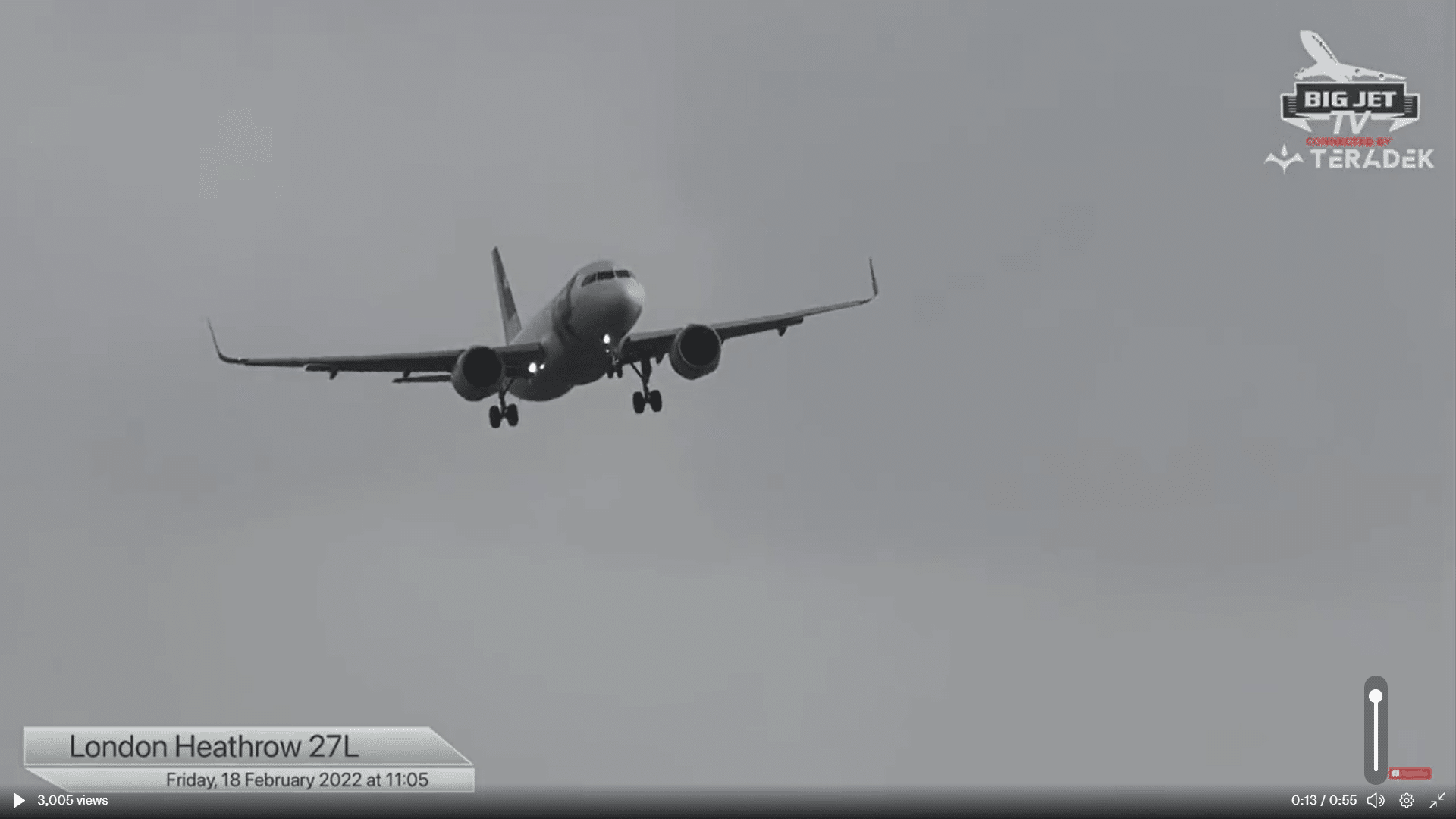 Hundreds of thousands were watching live-stream from Heathrow in UK this morning as planes from all over the world battled gale force winds to land as Storm Eunice pummeled the countryside.

TAP’s flight TP1354 almost made it. It was cheered in by aviation broadcaster Jerry Dyer, whose commentary gave all today’s landings – as well as the attempts – the drama they deserved.

TAP was coming in from Lisbon. Jerry Dyer willed it down: “Come on mate, come on mate…. You can do it! Hold onto it…hold onto it… Oh my God, this is nuts, man…”

And presumably the pilots thought so too.

Whether or not they had a second attempt, we can’t say, but according to CNN Portugal the plane ended up turning round and flying to Paris, possibly to wait things out until Eunice moves on.

For the video of the attempted landing, click here

Meantime, live stream of other landings and attempts can be seen here