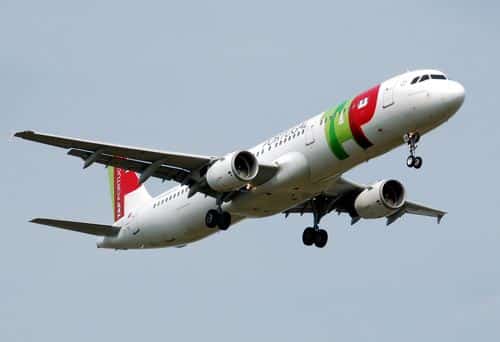 Hundreds of TAP passengers flying into Lisbon from Brazil were stranded in Cabo Verde for a day after their plane suffered technical problems, obliging the pilot to touch-down in Sal airport.
A source from the airline’s administration said the landing was “not an emergency, rather a precaution” – but it is the 7th such incident in six weeks and is doing nothing to help the airline’s beleaguered reputation which has been in the spotlight since the beginning of the summer.
Speaking on TV on Sunday evening, commentator Marcelo Rebelo e Sousa said TAP’s ongoing technical problems and the endless news of almost constant delays with flight arrivals and departures were “giving the nation’s airline a bad image”.
This follows similar comments by Economy Minister Pires de Lima in July.
Indeed, in the round-up on TAP’s woes, national tabloid Correio da Manhã gave TAP boss Fernando Lima one of its famous “thumbs down” for the way the Brazilian is managing the airline that the Government is so keen to sell.
The paper has been quick to highlight TAP’s technical problems since the crisis within the airline led to an all-out pilots’ strike at the beginning of August.
This latest problem took place on a long-haul flight from Recife to Lisbon. Two hundred and sixty-two passengers were on board when the plane’s smoke-detector alarm sounded in the cockpit.
Although there was no sign of smoke on board, the pilot had no option but to divert to the nearest airport – Sal, in Cabo Verde.
Guaranteeing that the craft had been properly inspected before it took off from Brazil, TAP dispatched a technical team from Lisbon which was able to effect the system repair “easily”.
The stranded passengers – due to have landed in Lisbon on Sunday – all arrived in Portugal over 24-hours later.
Their hold up in turn delayed Sunday evening’s take-off of the Lisbon-Natal flight by over 12 hours, forcing passengers to overnight in hotels.
This latest news follows the high-profile hyrdaulic problems that forced a TAP flight from Lisbon to Luanda to change its flight path and return home after an hour in the air at the end of August.
On August 9, a Caracas-Lisbon flight was grounded due to technical problems. On July 14, a Porto-Milan flight had to turn back after 40 minutes in the air only two days after a Lisbon-São Paulo flight had the bad luck to shed engine parts over Lisbon – again, forcing pilots to turn around and make an emergency landing.
Also in July, a Lisbon-Amsterdam flight had to divert to Orly, Paris, due to pressurisation anomalies – and in June, another Lisbon-Luanda flight was forced to make a turnaround after problems affected the landing gear.
In all, the airline’s much-publicised ‘expansion’ – announced by Fernando Pinto – seems only to have expanded its problems.
Meantime, pilots union SPAC points out that TAP continues to have a shortage of pilots.
Even Passos Coelho affected by airline problems
Even the Prime Minister has been affected by airline delays – though not, this time, to do with TAP. Flying economy to Brussels over the weekend, Passos Coelho was delayed by over three hours due to a breakdown in the air traffic control system in Madrid.
The glitch affected around 280 flights, and meant that Portugal’s PM arrived late for a scheduled summit meeting.