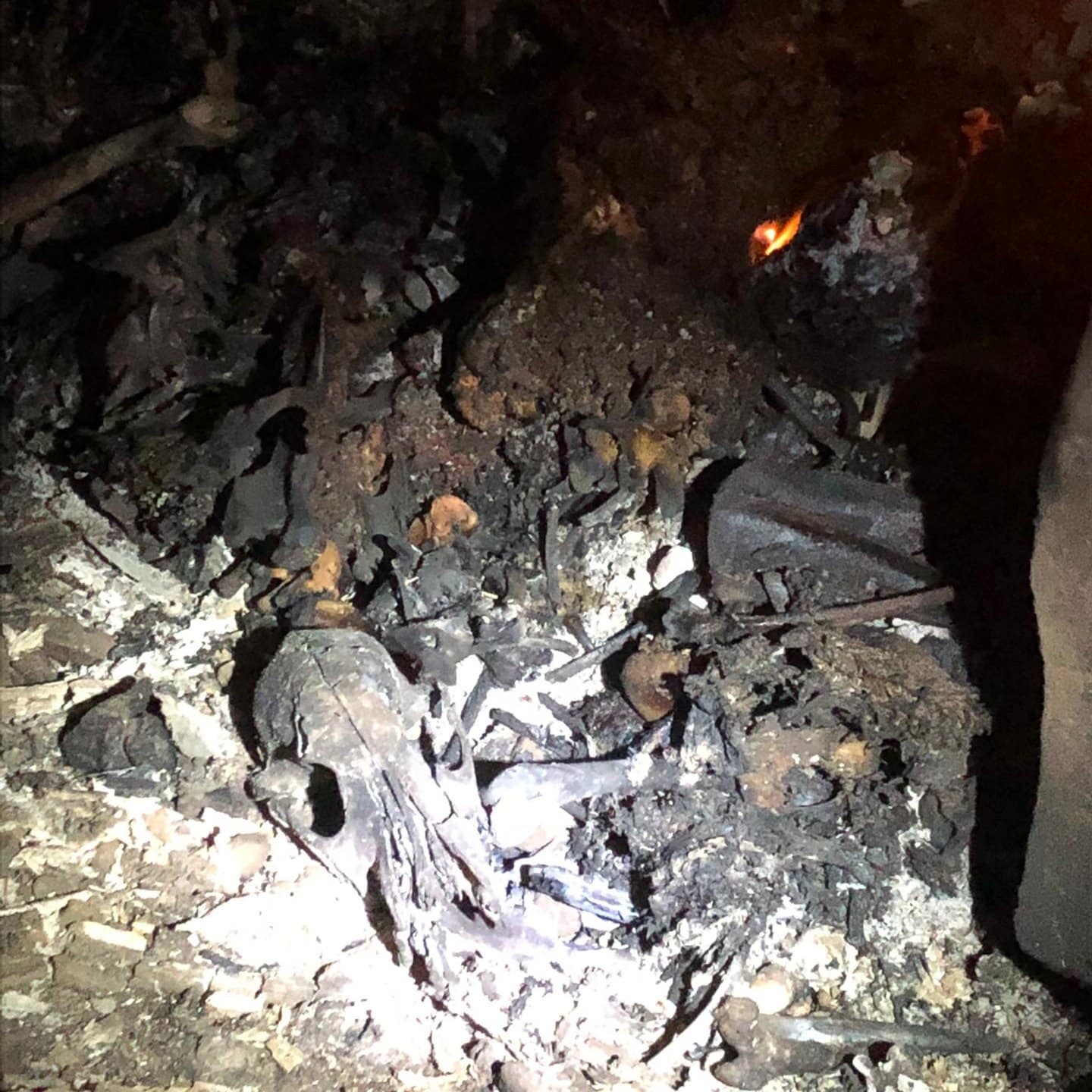 Dozens of ‘rescued ’ dogs and cats, were burnt alive last night in two shelters caught in the path of a wildfire in Santo Tirso (Porto district).

Reports say shelter staff “didn’t open the pens” when they could have – to let the animals run away – and that the owners of ‘Cantinho 4 Patas’ and ‘Abrigo da Maria José’ blocked entry to scores of people desperately trying to help.

Rescue organisation IRA has taken to social media to warn anyone who “dares try and cover-up what happened”.

Reading between the lines it looks like a situation where ‘illegal shelters’ were keeping animals in miserable conditions with such scant regard for their well-being that no-one moved quickly enough to save them.

It’s unclear how many animals died: 50 appear to have survived from the 150 or so animals in Cantinho 4 Patas, while no one can be sure if any of the 80 animals in Abrigo da Maria José made it out alive.

When outsiders turned up to try and help, they were stopped from entering both shelters.

Says IRA’s post, “many people responsible will have to be named. Santo Tirso municipal council prepare yourselves”.

Other commentators describe their incredulity that “access to save these poor creatures was denied. Those responsible for this terrible end for innocents must be held to account”.

A petition online has already amassed over 52,000 signatures demanding ‘justice’ for the animals left to die in agony, while People Animals and Nature Party (PAN) has stepped in to demand explanations.

PAN’s Inês Sousa Real told Expresso this morning that the precarious situation for animals within these shelters has been known by the local council, GNR police and Public Ministry since 2017. “But even so, the municipality has never ordered their closure, as the law says it should…”

In 2018, following complaints made the year before, the Public Ministry actually stated that it could see “no cruelty in keeping animals in a filthy place, with rubbish, excrement and foul odour”. Certainly the conditions were not ideal but they did not amount to cruelty, said prosecutors.

PAN is particularly keen to understand why it was last night that GNR agents, along with the shelter owners and representatives of the council refused rescuers access – threatening them at points with arrest if they did not ‘disperse’.

The GNR has since given its version of the horror – saying the animals that died couldn’t have been saved ‘due to the dimensions of the fire’.

PAN is clearly not convinced, neither are animals protectors IRA or legions of people sharing this story over social media.

As we wrote this text, Expresso was breaking the news that “various people” had invaded ‘Cantinho 4 Patas’ today to rescue the injured animals still inside and ensure they receive proper veterinary treatment.

The online petition meantime can be accessed here