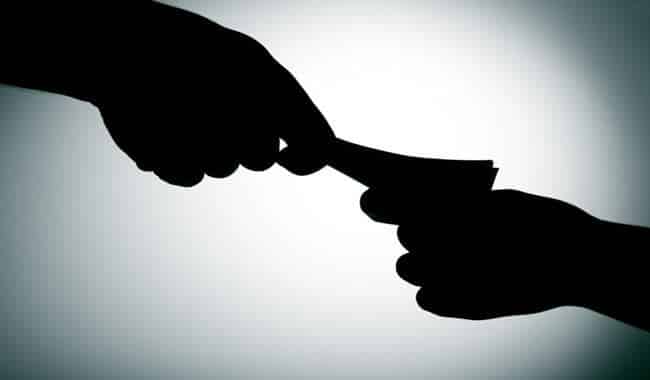 Hundreds of civil servants were accused of corruption during 2017.

The news, being widely shared and broadcast today, stops short of saying whether numbers last year were ‘up on the year before’.

The study by the CPC (council for the prevention of corruption) simply points to the insidious underbelly of ‘the powers that be’ that has been exposed and criticised in multiple reports and studies of the past.

What has been stressed, however, is that it’s (high) time for “clear, transparent and impartial” laws (which can’t easily be bent), particularly when they concern issues of “a financial nature”.

Of those reports, 41% referred to staff working within “central administration”: the security forces, entities enjoying social support and health services, ‘among others’, says Observador.

The ‘spread’ will help CPC “map risk areas and factors in public admin”, says the news provider, and this in turn will help formulate prevention plans within State-run institutions.

Said the study, the public areas most ‘at risk’ are those relating to the awarding of public contracts and territorial planning, though corruption is also rife in “areas of electronic public admin, forces for checking and safety, health, pharmacies and sport”.

Among serious flaws highlighted were the ‘revealing’ of so-called secret passwords and “the accumulation of functions between the public and private sectors” as well as “fragilities in the management of financial and material assets”.