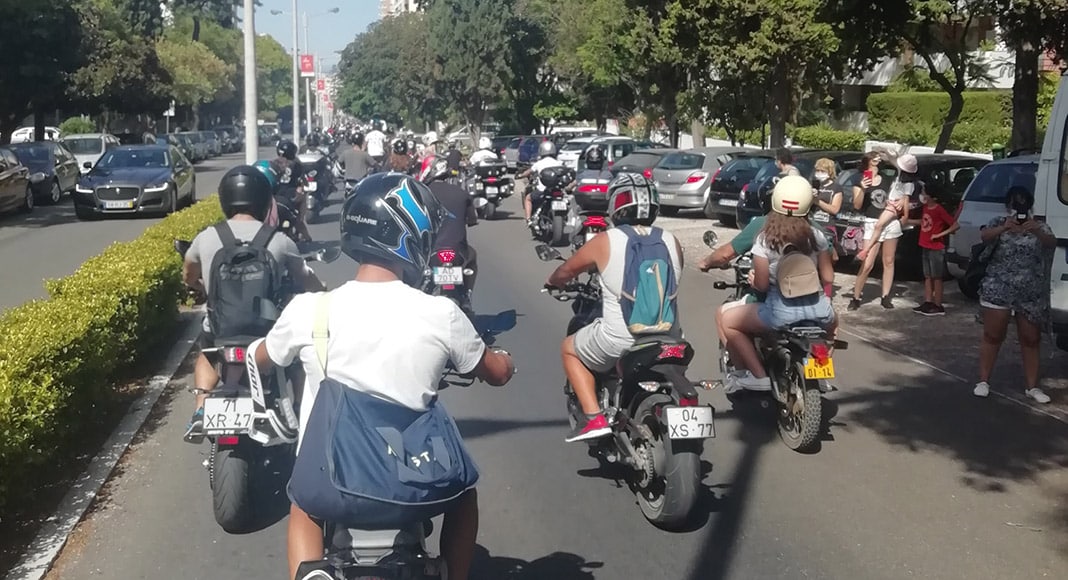 Faro’s international bikers rally has again been cancelled due to the pandemic, but that did not stop hundreds of bikers from taking to the streets of the town on Sunday (July 18) for a symbolic parade to mark the 40th anniversary of the Moto Clube de Faro, organisers of the popular event.

The parade started at around 10am near the Faro Airport roundabout and continued towards the town centre, following the traditional route usually taken during the annual rally.

This was one of several events the local bikers club has organised to celebrate the milestone anniversary.

The bikers’ rally is usually held in the summer, attracting thousands of bikers from all over the world who come together to celebrate their love of motorcycles.

The event is also famous for its musical line-ups which have featured big names such as English heavy metal legends Iron Maiden and Portuguese rock band Xutos e Pontapés, and usually awards one lucky biker with a trip to Daytona, USA.

However, like so many other events, the rally was cancelled last year and again this year due to Covid-19 restrictions which limit large events and gatherings.