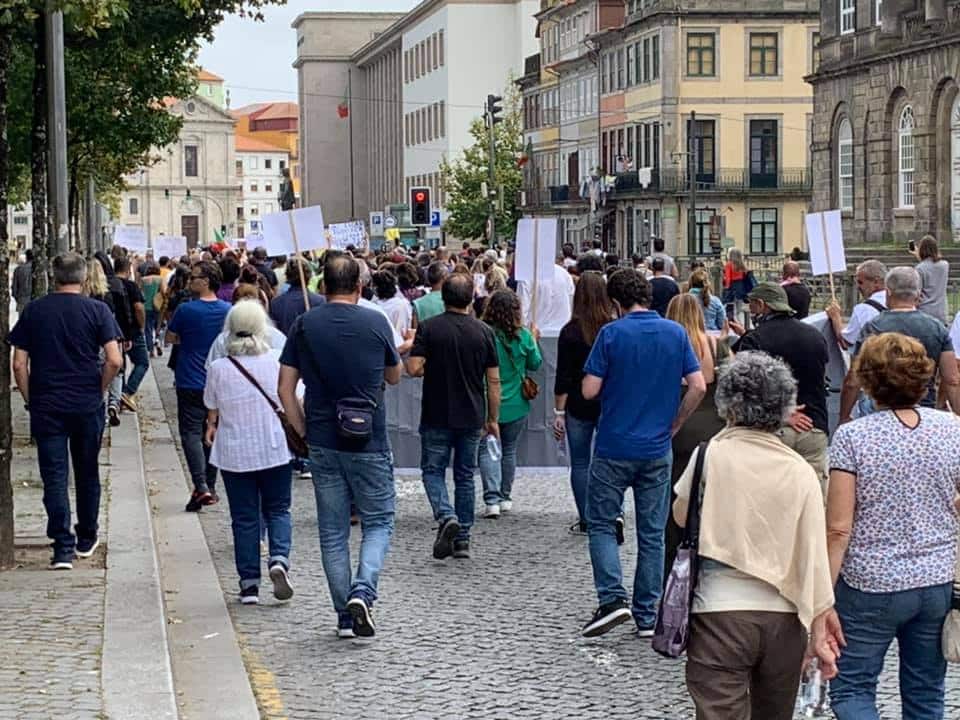 The main surprise about yesterday’s substantial, colourful, determined protests bringing together people of all ages was that neither seem to have been given anything in the way of publicity by mainstream media.

Evening news bulletins delivered ‘more of the same’ when it came to ‘Covid numbers’, the situation in hospitals, updates on the vaccination programme, etc. etc.

There was no footage of the long, sinuing lines of people holding placards aloft who turned up in force in both cities to say ‘enough!’

Enough of the imposition to wear masks outdoors, show digital certificates to access restaurant interiors, take tests to stay in a hotel/ guest house. Enough of the ban on bars, discotheques, travelling fairs. Enough of the total shutdown on freedom and spontaneity.

The more draconian the government’s measures, the more the bushfires of indignation seem to be firing up social media.

Sunday’s protests were ‘just the beginning’.

Another major ‘event’ is scheduled for Lisbon on Saturday July 24, with buses being laid on for people from various corners of the country.

The two ‘leading groups’ at the moment seem to be ‘Acorda Portugal!’ (Wake Up Portugal), which organised the protests on Sunday, and “WWD-Portugal”, a branch of the World Wide Rally for Freedom, which will be taking place in cities throughout the world on Saturday.

The focus of both is to do away with “excessive restrictive measures” which have no bearing on controlling a respiratory virus (which even governments will say has become acutely less lethal since the start mass-vaccination campaigns).

Last Sunday’s protests appear to have gone ahead with very little in the way of police presence.