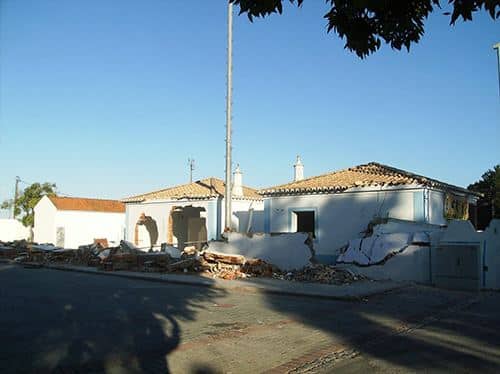 An operation to crack down on human trafficking has led to the arrests of 12 men identified as being part of a criminal network in the Algarve and Aveiro, in the north of Portugal.

The ring is believed to be responsible for the sexual exploitation of many young women in the Algarve, some of them underage, who were being coerced into acting as prostitutes in the region.

SEF, the border and immigration control authority, began the operation, code name Roadbook, on February 7 with members of the GNR aiding SEF officers in the searches of eight properties and 11 cars in the Algarve and Aveiro.

During the operation, 30 Romanian women were identified as possible victims of human trafficking.

A statement from SEF said: “The network used very violent physical and psychological coercion to force dozens of young women into prostitution. Some of the women were found to be underage while others had been the victims of the forced administration of narcotics.”

SEF detailed how the gang would constantly move the prostitutes to different locations, both within Portugal and the wider EU region, where they would be sold and traded, and stated that this had previously hampered investigations into the network.

The SEF statement continued: “The movement of the prostitutes between different networks hindered the police and judicial authorities in being able to conduct a criminal investigation but authorities in Spain, Italy, the UK and Germany cooperated with us with the assistance of Europol in this case.”

Algarve politician Mendes Bota has praised the forces involved in the operation and for their collaborations in bringing down the network of human traffickers.

He said: “I warmly congratulate SEF and the GNR in this successful operation to combat prostitution in the Algarve and Aveiro and I hope that the 12 suspects, if found guilty, are subjected to the full weight of the law.”

He added: “Being forced into prostitution is a gross violation of human rights and I hope that the 30 Romanian women are now being treated humanely and receiving medical, psychological, legal and financial assistance to ensure they do not fall into the grip of these organisations once again.”

The politician highlighted the fact that it is not just in the Algarve and Aveiro that roadside prostitution takes place and it is “our responsibility to not tolerate these practises”.

“After all, Portugal was the first country to say no to slavery and it is our duty to say no to any other forms of slavery taking place,” he said.

The 12 men, who have been confirmed as being EU citizens, are being held in custody with court hearings taking place in Albufeira, where the investigation into the ring began.