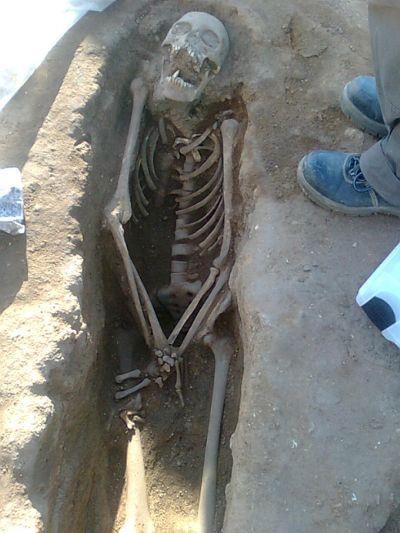 A complete human skeleton and several coins are among the latest discoveries at the archaeological excavation which is taking place in Lagos.

Archaeologists working alongside builders, who are constructing the new Anel Verde subterranean car park outside Lagos city walls, have uncovered a number of burials in what has been identified as  separate cemeteries for sufferers of leprosy and slaves.