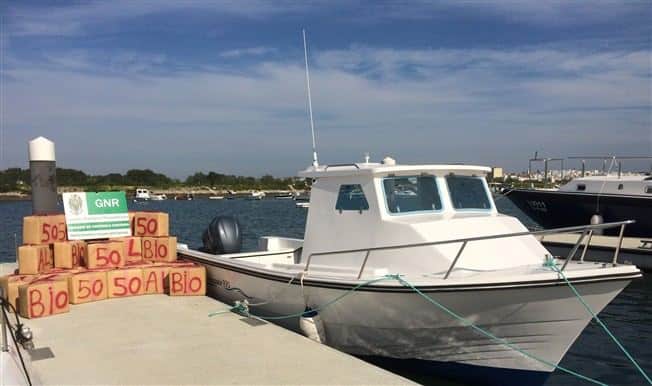 A 1,320-kilo haul of hashish was seized on Wednesday night (February 3) from a boat on the Guadiana River.

GNR police realised something was up when they saw the yacht sailing “with its lights off” towards the mouth of the river.

By the time authorities reached the boat, crew members had “jumped off and swum to Spain”.

Police also tracked another boat that was later abandoned on Isla Canela in Spain, where local Guardia Civil moved in and found another 300 kilos of hashish onboard.

Both police forces are investigating.

Bruno Cordeiro, the head of GNR’s coastal control in Olhão, told Lusa news agency that this was “the first drug bust of this kind in 2016”.