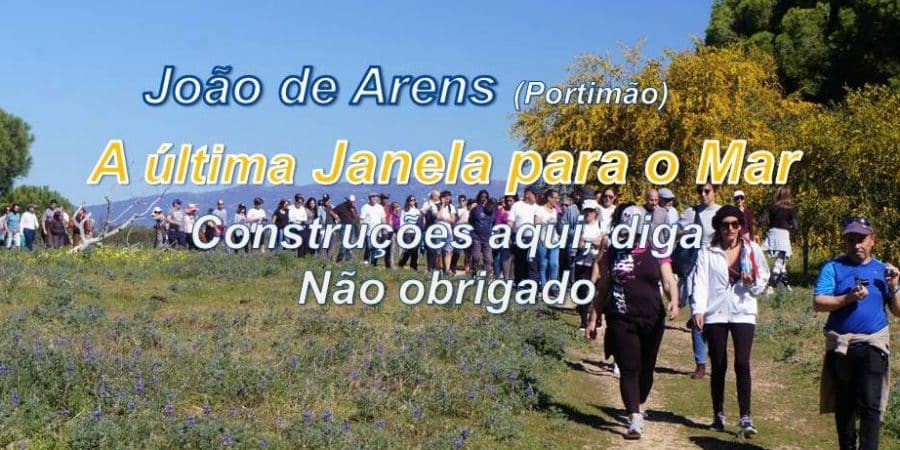 With hundreds of citizens already fighting plans to build three hotels in one of the Algarve’s last untouched coastal areas, environmental association Almargem has joined the fray, calling the project a “huge environmental mistake”.

The project involves building three hotels in a coastal area between Três Irmãos and Vau (Alvor, Portimão), an area popular among nature lovers and hikers due to its natural beauty.

But fears are that if the plan moves forward, the natural beauty of the area could be lost forever.

Says Almargem, the project goes against a concerted effort by regional authorities to create a “more sustainable model for the region” and proves that “the same mistakes of the past are being made again as if nothing has been learned”.

Just this week, the regional tourism board announced that it has launched a Sustainable Tourism Observatory (click here).

“How can we accept that one of the main arguments in favour of this project is that the Algarve lacks (quality) hotels when everyone can see the concrete that occupies a large part of the coastal areas of Portimão and beyond,” Almargem asks in a statement sent to the press, stressing that there are other coastal developments planned for Quinta da Praia and Quinta da Amoreira in Alvor, Benagil and Caramujeira in Lagoa and Praia Grande in Silves.

The association says that the project’s environmental impact study “ignores and dismisses” the negative impact that the development will have.

Almargem also slams the fact that the hotels will be built in “one of the few unspoilt coastal areas of Portimão which should be preserved” and raises the issue of unstable cliffs. It adds that the natural landscape of the area will be ruined by the “visual intrusion of the buildings”.

Also highlighted by the association is the threat that the project poses to the area’s “semi-natural habitats” which include the Linaria Algarviana (a species of plant native to the Algarve, belonging to the figwort family) which is considered “endangered and boasts legal protected status”.

The environmentalists conclude by saying that they hope the project will receive a ‘thumbs down’ from the CCDR Algarve commission and will follow a promise made by the Minister of Environment when he said that “the Algarve’s last seaside hotel had already been built”.