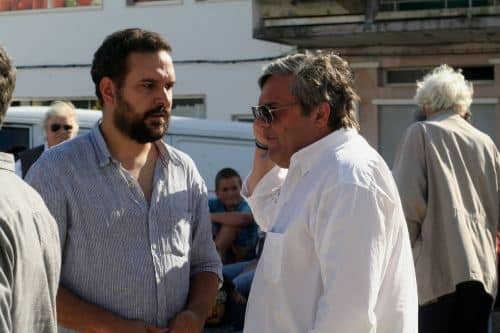 Algarve resident Jen Hurst will be taking on one of the toughest marathons in the world as she participates in the London Marathon on April 17 – but this will be no chore for Jen, who is relishing the challenge of both the training and the fundraising.

Carvoeiro-based Jen has enrolled the help of her entire family and the local community to try and reach the target of £1,500 which she will be donating to the Gauchers Association.

Jen Hurst told the Algarve Resident: “I took up running around three years ago when I joined a group called Sue’s Road Runners after reading about the group in the Algarve Resident. Before we really knew it, we were already running half marathons but it was always a dream of mine to be able to run the London Marathon.”

Last year, Jen tried to enter the run in London but was unable to gain a place so she instead ran the Madrid Marathon which falls on the same day.

“Madrid was great because the weather was perfect and I managed to finish the course in four-and-a-half hours. I hope to finish the London Marathon in the same time but I am worried about the weather,” said Jen.

Jen will be running the London Marathon with her friend Janine Wood Simon, a former resident in the Algarve. For Janine the run has a special importance as it is a marathon her own father completed several times before he died due to cancer at the age of 42.

“Janine will probably be quite emotional during the run, not only because of her father but also because we are using the marathon to raise funds for the Gauchers Association as her nine-year old niece, Verity, suffers from the disorder.”

Gaucher disease is a genetically inherited enzyme deficiency disorder and because of this illness Verity will now have to receive fortnightly enzyme replacement therapy for the rest of her life.

The Gauchers Association provides support for patients and families while also helping to fund important research into the disease, and Jen and Janine will be running to raise money for this charitable organisation that relies on donations to be able to continue their work.

Not only are Jen and Janine raising money through their Just Giving pages, Jen is also planning further fundraising initiatives in the Algarve.

“I run through Carvoeiro on Fridays wearing my bright London Marathon T-shirt so people can see me and I am currently gathering some great raffle prizes, including an overnight stay at Vila Vita Parc and a hamper from Apolónia, which I will be raffling off some time in March,” said Jen.

Her 20-year old son Elliot and 18-year old daughter Lucy will also be doing their part with Lucy planning to collect money around Carvoeiro with a friend and Elliot currently working on a Full Monty routine with his friends to be performed in the town.

“I really enjoy running in the sunshine,” said Jen. “It makes me smile and when I’ve finished my run, I always drink an ice cold beer! I may be 52 but I feel 22!”

She added: “The most fun so far has been the fundraising and on April 17, when I run the marathon, I know that it is going to be a day to remember.”

For further information about Jen’s fundraising or to donate money to the fund please visit www.justgiving.com/Jen-Hurst or call Jen directly on 964 782 140.

Are you an Algarve resident taking part in the London Marathon? We would like to hear from you. Please email Editor Inês Lopes at ines.lopes@theresidentgroup.com