Portugal Resident
Home Portugal News “How much water are you taking onboard?” 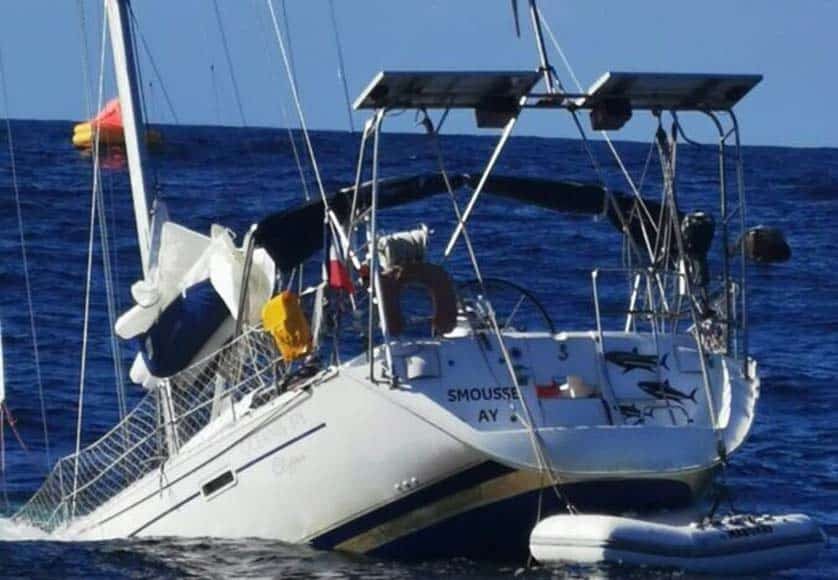 29-year-old French orca attack survivor Augustin Drion has been in touch since our report on the latest orca attack off the Portuguese coast, to try and give some clues as to what is happening ‘out there’ at sea.

Orca ‘attacks’ – or interactions as the authorities like to call them – have been coming thick and fast over the last 18 months.

Scores of sailing boats – very possibly well over 100 by now – have been caught up in this phenomenon which, up until recently, simply left boats damaged – usually the rudders were destroyed or rendered useless; requiring ‘rescue’, expensive repairs/ drastically altered schedules, but nothing more.

Then in July things changed. The first boat was sunk off the coast of Sines – and now the Smousse, also flying under a French flag, is lying on the seabed 20 kms off the west coast.

Do these two incidents indicate an ‘escalation’ in these attacks/ interactions?

Marine biologist Augustin fears they might, as the orcas will be ‘learning’ through these episodes.

He would not call them ‘attacks’. “They could be playing”, he told us. “But they are just so huge, that even playing can be a disaster…”

And this is what happened on Tuesday morning, off the coast of Viana do Castelo. On a ‘beautiful sunny day’ when “everything was a kind of dream” (Augustin’s words).

“Unfortunately the dream stopped because we heard a huge sound at the rear of the vessel, and the whole boat started to shake”.

The four onboard – Smousse owner and skipper Eliott, plus Augustin, Roman and Corentin  – realised the boat was surrounded by “5 to 6 orcas”.

They had come “out of nowhere”… and one had his mouth around the rudder and was “trying to shake it”.

This is what had caused the juddering of the boat. The Smousse had become ‘the plaything of the orcas’.

When one stopped shaking it, another took over.

The crew – all under 30, but experienced at sea – felt they were ‘prepared’. They had read up about these attacks happening in Portuguese waters; they had gone through drills of what to do in any kind of emergency; they knew the protocol (“which is basically do nothing; switch off everything: sonar/ radio/ mobile phones/ … and wait. No shouting; no angry gestures).

“We believed they would play a while; maybe the boat would not be so damaged. This is why we did not radio for help at first. We believed it would be over, and we would be able to assess damage. Maybe it would be nothing too much. We were close to the coast (again, because we had heard this was advisable as orca are more often in deeper water…); we were even ‘following’ other boats who had not reported any sightings… We felt we would be all right”, he said.

But the attack just went on and on… and on – and then Augustin heard what he called ‘the cracking’.

The boat’s structure was cracking under the pressure of the orca’s jaws.

“I went to the back and I saw this big hole, with water already coming in. It was then that I realised we maybe were not going to be all right”, said Augustin.

It was the moment increasing fear/ feelings of panic had to be pushed aside. Perhaps the reason ‘sang froid’ is never translated from the French is because they have a monopoly on it.

“I am quite proud of the way we reacted”, says Augustin. “We were very calm. We started doing everything the way we had already practised; we turned on the radio; we made our Mayday call; we gathered some dry clothes; some water; we put our phones and chargers and all those things into waterproof bags.

“They were still attacking; the cracking sound of the boat was more and more now. I really understood then that they, the orcas, could have the intention to destroy the boat completely. We had to save our lives.”

The way Mayday calls work is that once they are placed on channel 16 of the VHF – and the situation described – an electronic device sends the boat’s GPS every 10 seconds, and emits an alert that other boats in the area receive.

With the water “entering the boat quite fast” by now, a Swedish boat, less than an hour away, radioed back very promptly to say it was coming.

At this point, everything was happening very fast. The orcas “finally got the rudder”, wrenched free, and “they just left with it. Okay, they had what they wanted…”, says Augustin.

The crew got the life raft and gathered “on the top of the boat”, which was rising all the time as the nose (bows) dipped into the water.

“We didn’t want to go into the water until it was absolutely necessary”, said Augustin. “We didn’t know if the orcas would come back – and if we were in the raft and they attacked that, we would die…”

But the orcas did not come back. The Swedish boat came in sight as the Smousse listed further and further into the water – and the four young men realised it was, finally, time to get into that raft.

The rest became a blur of welcome rescue. As they were transferring from the raft to the Swedish boat, the Portuguese Maritime Rescue team arrived from Viana. There was just time to see the final 30 seconds of Smousse as she slid slowly beneath the waters, sinking to the sea bed, before they all set off for the port of Póvoa de Varzim, and the start of days and days of bureaucracy, form-filling and trying to sort out ‘what next’.

For Eliott, who had set sail from Brittany committed to sailing all the way to the Caribbean, this was the end of a long-held dream for which he had worked for months.

The four are currently in Porto, having decided that spending a few more days in each others’ company will probably be good for the psyche. “It is not really a story other people can understand”, Augustin told us.

To be fair, social media sites set up in the wake of these ‘attacks’ do seem to understand what Smousse’s crew has just been through – and they are all agitating for answers.

Of course, ‘the sea belongs to the animals in it’, but this level of interaction is not safe. “Solutions will need to be found”, agrees Augustin.

“I have never had experience of orcas before this. I am not sure I want to study them at the moment, but it is interesting. There are so many questions, because this is the only area where these attacks are happening. Is this about a species teaching its young?”

There are endless theories, and after so many interactions still no answers.

The one ‘good part’ of this story – both in this episode and the wider picture – is that no-one has died.

That’s the point where these interactions would really become far too serious. 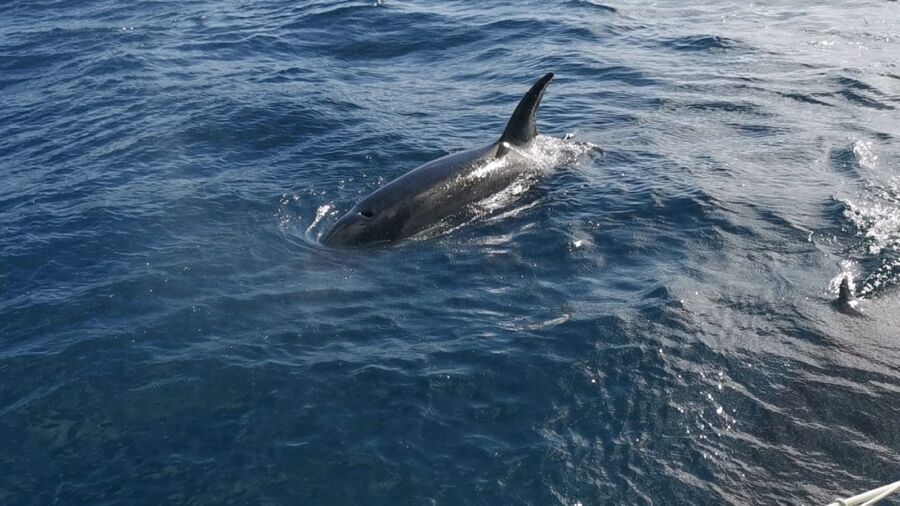