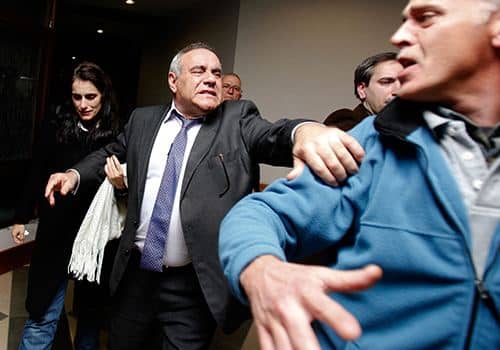 An incredibly resourceful escape artist has eluded Portuguese justice for a second time, going on the run in Guinea-Bissau clearly determined not to return to face a 13-year jail sentence for murder.

Sixty-two-year-old António Bastos, a former director of União de Leiria football club, skipped Portugal in 2010 when he was condemned by Coimbra judges for aggravated homicide and possession of an illegal weapon.

According to prosecutors, he had gunned down a thief caught raiding his Leiria business premises the year before in cold blood.

The man was already in handcuffs and in the company of arresting police officers, writes CM.

Bastos emerged from court when his sentence was read in tears – and shortly afterwards disappeared.

In his five years on-the-run he is described as having worked in various countries, including Brazil, Cape Verde and more recently Guinea-Bissau.

It was in the last that his luck looked like having caught up with him. He was arrested, despite carrying false ID papers, after a painstaking police investigation, combining efforts by Leiria’s PJ with those of the police in Bissau. But Bastos still had a trick or two up his sleeve.

Presented before magistrates as a process of extradition got underway, the former Porto do Mós businessman suddenly became unwell and had to be transported, “as a matter of urgency”, to nearby Simão Mendes national hospital – where he remained “under police vigilance”, writes CM.

At nightfall, Bastos “managed to elude the vigilance” and is now back under his own steam, presumably running for all he is worth.

According to CM, “an authentic manhunt” is underway in Bissau, using “all means available”.

An international alert has also been posted as there is the possibility that Bastos “could have left Guinea-Bissau”.

Photo: Businessman António Bastos leaving court in Porto de Mós in 2010 after he was sentenced to 13 years imprisonment for aggravated homicide