The first of these projects will be built on Porto’s Avenida da Boavista, the other two will be in Aveiro and São João da Madeira, respectively.

Grupo Hoti, which has always invested in the hotel sector up until now, says the three developments involve a total area of 55,000m2.

The Porto project, reports ECO, will comprise 80 apartments built on a 14,000m2 area and “aimed at HNWIs”.

Work on the project should begin by the end of 2023 but “getting planning permission will be a challenge”, says the group.

Details about the other two projects have yet to be released but the Portuguese group plans to open six new hotels by 2025 in an investment worth €100 million. 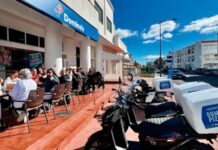