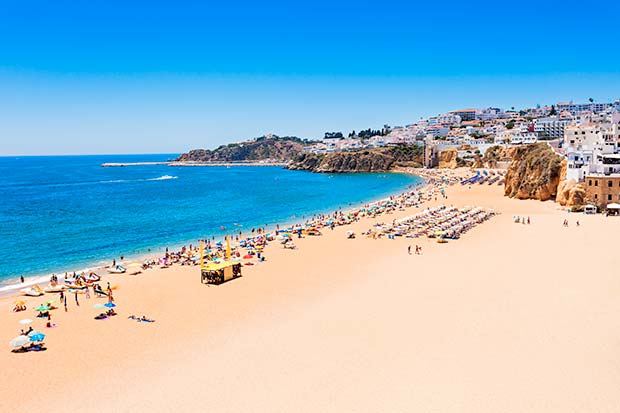 A bitter wrangle involving hotels, businesses and boroughs in the Algarve has broken out over the controversial approval of a tourist tax to be charged at the region’s hotels and other accommodation facilities.

Hoteliers are calling it “illegal” and say that the mayors who support it “are shooting themselves in the foot,” while Silves council has outright said it won’t be implementing the measure.

Retailers have taken a more cautious approach, saying that they don’t agree with it but will demand a slice of the revenue if the tourist tax does indeed move forward.

The story has already made headlines in the British press, which has described the “shock” that hoteliers felt after hearing the news.

The wrangle started last week when AMAL, the association of Algarve municipalities, announced in a statement that it had “unanimously approved” the creation of a regional tourist tax.

Little information was revealed, such as when it would be implemented and how much it would cost. AMAL president and Tavira mayor Jorge Botelho said only that the cost would be similar to other parts of the country where tourist taxes are charged (€1 in Lisbon and €2 in Porto).

He added that the same fee would be charged across the Algarve, and that the revenue would be managed by each of the region’s municipalities and be invested in developing infrastructures linked to the sectors of “tourism and culture, fighting seasonality and promoting the Algarve as a tourist destination”.

However, the news sent shockwaves across the region.

Silves council quickly denied that the approval of the tax was unanimous, as it did not even take part in the meeting and had sent an e-mail beforehand detailing how it disagreed with the tax and would not support or implement it.

The council described it as a “hidden tax” that would not pose any benefits to tourists and added that such a measure could only be implemented by the Portuguese parliament, and not by AMAL or any individual municipality.

It also criticised the negative impact it would have on the efforts to promote the Algarve as a tourist destination.

Algarve hotel association AHETA went even further, describing it as “illegal” and a “pseudo tax”.

According to the association, the decision shows that mayors in the region “are unaware of the contribution of Portugal’s largest and most important tourist region to the national economy”.

They also dismiss the comparison of Algarve to Lisbon and Porto where tourist taxes are already charged.

While the two cities are described as short-stay destinations, the Algarve is a destination that “appeals more to families, and thus people stay here longer,” the association said.

Making matters worse is the fact that none of the Algarve’s main rival destinations are implementing a tourist tax, which will “hurt the region’s competitiveness.”

The association believes that the tax does not aim to improve the region’s tourism sector, but instead help “tackle councils’ financial and budgetary insufficiencies” – in other words, make more money for themselves off of tourism.

As it explains, the manner in which it was announced does not indicate that tourists will be gaining anything new from paying this tax.

The association also says it will take legal action if the proposal moves forward and calls on the region’s mayors to “not shoot themselves in the foot” and give a negative image to the Algarve, especially at a time when tourism is showing signs of slowing down after a period of growth.

The national association of hoteliers (AHP) has also slammed the proposed tax, saying it is an “inappropriate” decision at a time when the Algarve is trying to stay competitive and counteract the dwindling number of British holidaymakers.

It believes that the decision shows “total lack of knowledge about the region”, especially given that the regional hotel sector was not consulted about it. It also backed the argument that the Algarve is not the same as Lisbon or Porto, as it is “much more seasonal” and is sought after for longer stays.

ACRAL, the Algarve retailers association, has also weighed in, saying that it believes a tourist tax will “encumber tourists’ stay, decrease the Algarve’s competitiveness and penalise the region’s hotel sector”.

As Silves council and AHETA had already pointed out, this kind of tax “can only be implemented by parliament”.

Still, the retailers will want a cut of the revenue if the tax is indeed charged.

The money would go into a “support fund for local commerce” designed to “revitalise downtown commercial areas” and create a new brand, ‘Comércio Algarve’.

It would also be used to organise events in town centres, create free parking areas and improve security.

For now, AMAL’s reaction to the uproar that has followed its decision is awaited.