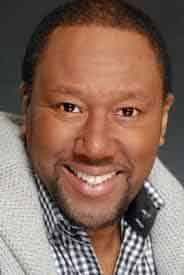 An association representing Algarve hotels and resorts has called for “moderation” from cash-strapped câmaras in the region when applying municipal taxes to raise revenue.

AHETA says it understands the financial difficulties municipalities are facing but urges them to consider the effects high taxation would have on the population and local economy.

In a press statement, the association said the financial situation of the country is affecting all economic sectors in the region, with câmaras hit particularly hard.

“Raising municipal tariffs and taxes, and creating new ones, to generate income may be tempting but câmaras need to resist this,” the association said and appealed to the “good sense” of those in charge of local government and to consider the long term effect of their decisions.

“The loss of competitiveness of our tourism industry is a direct consequence of high taxation and municipal charges. In fact, the excessive and uncontrolled increase of taxes in recent years has led to many companies falling into financial disarray.”

Examples of the fiscal burden and municipal charges being imposed on the population are “water tariffs, the rental of water metres, the collection of rubbish, sanitation, security taxes, tourist taxes, property taxes IMI, among others”.

“Current demand does not allow for this burden to be passed on to the tourist/consumer, with expenses often being supported by businesses,” AHETA stated.

“Raising taxes may appear to be the easiest short-term solution for câmaras but it is also the one that most comprises their future.”

The association concluded by saying that Algarve hotels and resorts could not continue to support spiralling costs while calling for the harmonisation of municipal tariffs from council to council in order to avoid “unfair competition” among businesses operating in the same markets.