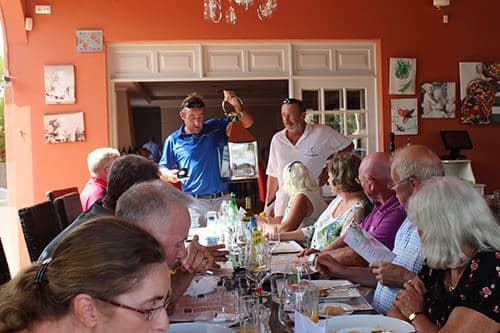 Workers employed at Algarve hotels, resorts and restaurants are being encouraged by the Algarve Hotels Union to take part in strikes, which started on Wednesday (August 15) and are expected to last for the remainder of the region’s most hectic holidaying month.

The strikes are being held against amendments made to the national Labour Code, implemented on August 1 by the Government. The alterations were made with the aim of stimulating the economy, creating more jobs and encouraging competitiveness in industry.

Workers in the hotel industry (and in other areas) are now expected to work overtime and provide labour on public holidays without receiving  the higher recompense previously enjoyed when working longer than contracted hours and for working on days deemed to be public holidays.

The newly implemented Labour Code also invokes a reduction in the number of days off which can be taken in lieu of payment for overtime or Public Holiday working, and a reduction in redundancy payment.

From 2013, public holidays previously enjoyed on November 1, October 5 and December 1, will be removed from the public holiday calendar.

Until August of this year employers could reward employees with excellent attendance records with an additional three days of paid vacation. All employees are now entitled only to 22 days paid vacation each year.

The strikes are “a fight for the right to work with rights, a fight for respect and dignity for those who have done everything throughout the years to cooperate with employers. Workers demand what is owed to them and are up for doing everything they can until the situation is resolved,” said the Algarve Hotels Union in a statement.

Tiago Jacinto, coordinator for the Workers Union of Hospitality Industry in the Algarve, said: “The measures now implemented by the Government will have a very negative impact, particularly with regard to overtime, which reduces rates and compensatory time off by half.

“These new measures result in a reduction of income for our workers who have to respond to these measures,” he added.

The updated Labour Code is believed by the workers’ union to be “illegal and unconstitutional” and claims that it “meddles in the negotiations that were made freely between workers and companies.”

Jacinto explained that all workers involved in the hotel industry are invited to take part in the strike, including workers in hotels, restaurants, cafés and similar establishments, tourist information desks, camping parks, leisure centres, casinos and spas.

Cláudia from NDR said that alterations to the termination of work contracts have also been made. For instance, the ‘last in first out principle’ has been revoked. An employer can determine who should be made redundant from a group of people carrying out the same contracted position regardless of length of service.

“In addition, it is now not required that the employer finds a suitable alternative job within the same job title for the person selected for redundancy, she added.

Portugal’s largest trade union federation (General Confederation of the Portuguese Workers – CGTP) said that altered labour laws “violate the basic principles of job security” and undermine “the reconciliation of professional activity and family life,” as additional time is now expected to be spent working, and less days will be allocated for holidays and personal time.

Elidérico Viegas, president of the Algarve Hotels and Resorts Association (AHETA), told the Algarve Resident that he disagrees and that changes made to the Labour Code will be “overall very positive.” Although he added that he thought “they could have been more ambitious.”

With strikes taking place during one of the Algarve’s most demanding months, it is expected that the protests will cause some inconvenience across the region. Elidérico Viegas, however, believes the situation “will have very little or no impact at all” on the tourism industry this month.

“It is my deep conviction that the new measures will not affect the quality of the hotels and tourist complexes in the Algarve. One of the main reasons why our economy is losing competitiveness is low productivity.

“These new measures were agreed by all the social partners and the government, except one Union – CGTP – having been the subject of a large consensus.

“I do not see how this can affect the quality of hotels and tourist complexes. Workers, similar to previous situations, know how to separate the wheat from the chaff leaving no influence of political manoeuvres that ultimately turn against them.

“As far as I know from our members at AHETA, the impact of this strike will be barely felt, and will not affect the normal functioning of establishments in the tourist sector,” he concluded.

Meanwhile, António Pina, chairman of the Algarve Tourism Board, said that he understood and sympathised with the “difficult situation that workers are living with, but noted that entrepreneurs also have a difficult reality to face, with tax, fuel, water and electricity increases”.

In order to find a happy medium, he believes that “it is necessary for both parties to discuss working conditions and come to an agreement together to overcome the crisis.”

He added that the strike this month “is not something that will benefit the tourism industry or the image of the Algarve”.

Of those affected, in a statement to the Algarve Hotels Union, workers from the Navegadores hotel in Monte Gordo confirmed their participation in the strikes and were due to temporarily abandon their posts on the August 15 public holiday (after the Algarve Resident went to press).

According to staff, they have not received salary payments for June or July and said that updated labour regulations requiring public holiday work and poor overtime pay represents “violence and brutality”.

In addition to receiving their overdue salary payments, employees have demanded that all those on contracts should be issued with permanent contracts and in order to ease the understaffing and the demanding work environment, additional staff should be hired.
1″>news