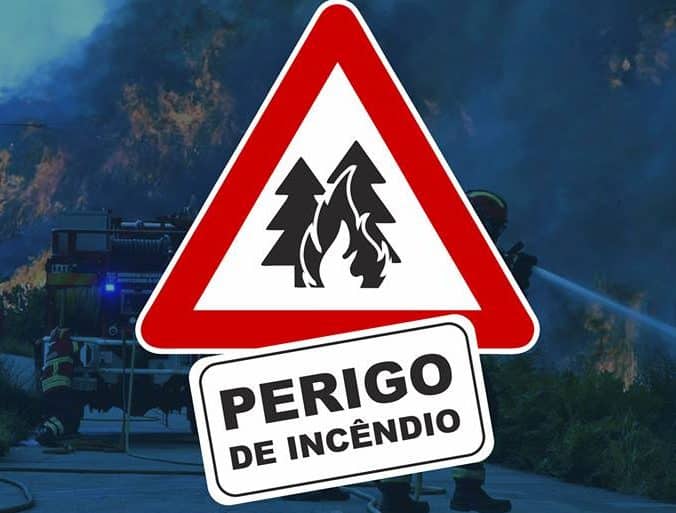 A wave of uncharacteristically hot weather starting today has seen the country put on concerted fire alert, and special forces ‘pre-positioned’ to protect areas where risks are greatest.

Civil Protection authorities warn populations to exercise elevated caution (do nothing that could prompt fires that could rapidly escalate due to mounting temperatures and a strong breeze).

Plans for any kind of landburnings or bonfires must be put on hold.

Also blocked for the time being are the disinfection of beehives, launching of hot air balloons or any kind of fire-lighting within forest spaces (that includes barbecues).

The alert is to stay in place until Tuesday next week, with tomorrow (Sunday) expected to be one of the ‘danger days’, seeing heat intensify.

Temperatures forecast range from 30-35ºC. Air humidity – a crucial factor in the propagation of fires – will be dangerously low: below 30º across national territory.

Reports are citing the regions posing the greatest fire risks as the Algarve, the Alentejo and the interior (north and centre), particularly the areas of Portalegre, Castelo Branco, Santarém, Guarda, Bragança Lisbon and Setúbal.

Temperatures are expected to start easing off by Monday, with air humidity levels consequently increasing.

As part of the nationwide alert, manpower in terms of firefighters and firefighting planes, is being increased, with air power particularly being actioned in the south.

GNR GIPs – the special forces tasked with first response in major wildfires – are already being ‘pre-positioned’ “to areas where the fire risks in most elevated”, while military forces are being drafted in for “dissuasive vigilance”.

A statement issued by the office Major General of the Armed Forces has cited nine patrols of 36 soldiers which will be going ahead from today until Tuesday in the districts of Beja, Bragança, Évora, Guarda, Lisboa, Portalegre, Santarém and Setúbal.

Amphibious Fire Boss planes are to be stationed at Beja airbase during the days of the alert which lead up to May 15 – the calendar moment when fire support is due to be further reinforced under the terms of DECIR 2019, the special unit devised to combat rural wildfires.

And as the summer fast approaches, the Algarve’s voluntary ‘people’s fire alert service’ is about to swing back into action over Facebook.

From Monday, Associação Alerta de Incéndio Florestal / Forest Fire Alert, will be keeping track of all incidents in the Algarve and updating information between 8am and 10pm.

According to a post by founder member Debby Burton yesterday, the ‘highest risk’ areas of the Algarve are those around Loulé, São Brás and Alcoutim.