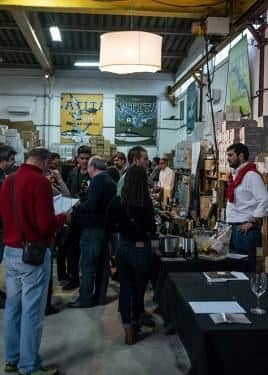 By CHRIS GRAEME and PAULO SILVESTRE

This year so far has been the hottest in Portugal on record since 1880, according to the National Oceanic and Atmospheric Administration (NOAA).

Throughout large parts of Portugal over the last week, temperatures regularly topped 42ºC, particularly in the Alentejo and Ribatejo regions.

Globally, June was the hottest month on record, while there have been 304 months in which global temperatures have been above average in the 20th and 21st century according to the NOAA.

The climate and meteorological administration’s results also showed that from January to June 2010, average temperatures beat the previous record registered in 1998.

In Portugal, the Institute of Meteorology (IM) preferred to be “more cautious” while admitting that the last few days have registered “higher temperatures than the usual average for July at many weather stations”.

On Monday, Lisbon, Beja and Évora registered 40ºC although the temperature in the capital fell to around 37ªC on Tuesday. The rest of the country hovered around 40ªC on both Monday and Tuesday.

The IM said that in Portugal there had been similarly high temperatures registered for July in 2003 and 2005. The highest temperature ever registered in Portugal was 47.4ºC in the Alentejo town of Amareleja in 2003.

However, the average temperatures for May and June were “higher than normal” with temperatures regularly registering between 25ºC and 30ºC.

The IM also said that the heat wave was expected to last until the end of the week with particularly high temperatures on Wednesday, Thursday and Friday.

However, the scorching heat wave that has been felt throughout the week will ease and the wind coming from Spain and North Africa will slow down from today (Friday), according to the IM.

Temperatures exceeded 40 degrees in some regions and led to certain areas being on yellow, orange and even red alert.

In the Algarve, the average temperature registered this week was 29 degrees, putting the region on yellow alert, and strong winds causing unusual sea conditions. In Lisbon, the temperatures exceeded 40 degrees, leaving the capital on orange alert, while many councils in the north were on red alert on Wednesday, with firefighters struggling to put out fires in the districts of Aveiro, Viana do Castelo, Viseu, Vila Real and Braga.

According to IM, these weather conditions were due to an anticyclone near the Azores and the regions of Vale do Tejo, Lisbon and Alentejo were the most affected by the heat wave, with Alcácer do Sal registering 42.6ºC on Monday.

Meteorologist Maria João Frade said: “The influence of the anticyclone extends towards the western Mediterranean and North Africa, originating a wind chain which transports the hot and dry air in the Iberian Peninsula and North Africa to Portugal.”

The IM said that temperature levels will progressively fall and will be lower from today (Friday).
1″>news