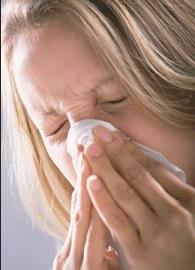 AVERAGE WAITING times are increasing as hospital emergency departments in the Algarve are being inundated with people suffering from flu symptoms.

Although the majority of flu patients are elderly or young children with a genuine need to be seen, the health authorities have confirmed that there are too many “false emergencies” involving people who should simply be making an appointment to see a doctor at their local health centre.

Due to the number of flu cases arriving every day, the wards at Barlavento and Faro hospitals are full and it has therefore been necessary for gurneys to be used in corridors. In the case of the Barlavento Hospital in Portimão, the overflow has meant that 50 gurneys are currently being used, a figure confirmed by the president of the board, Luís Batalau.

However, despite this situation the management of both Faro and Barlavento hospitals claim that the current state of affairs is nothing out of the ordinary and that the same thing happens every winter.

A spokesperson from the Barlavento Hospital told The Resident: “What we are seeing here is nothing extraordinary, the patient levels are no higher than in winter 2005. It is true that we have larger numbers arriving at the emergency department, but everyone is being seen and receiving the treatment they need.”

With regard to the so-called false emergencies, the hospital confirmed that there are people coming in who should be going to see their doctor rather than blocking emergency departments.

“What we must make clear, however, is that if a person is brought in who has been in an accident for example and needs resuscitation or urgent surgery, someone, for example, with standard flu symptoms, will just have to wait quite a long time to be seen as they will not be treated as an urgent case,” said the spokesman.

Meanwhile, the press office at Faro Hospital provided the following statement: “Similar to various other hospitals in the country, Faro Hospital has also registered a greater number of people at the emergency department, especially old people with respiratory problems. Despite the numbers being higher than normal, the situation is under control and there are no constraints in terms of the functioning of the departments.”

It is widely known that the Algarve’s two main hospitals are not fully able to cope with the region’s burgeoning population due to the growth of tourism, hence the plans to construct a third hospital at Parque das Cidades, alongside the Algarve stadium in Faro. For many commentators, the new hospital cannot come quickly enough, but there is still quite some time to wait, as the official date scheduled for its opening is 2011.