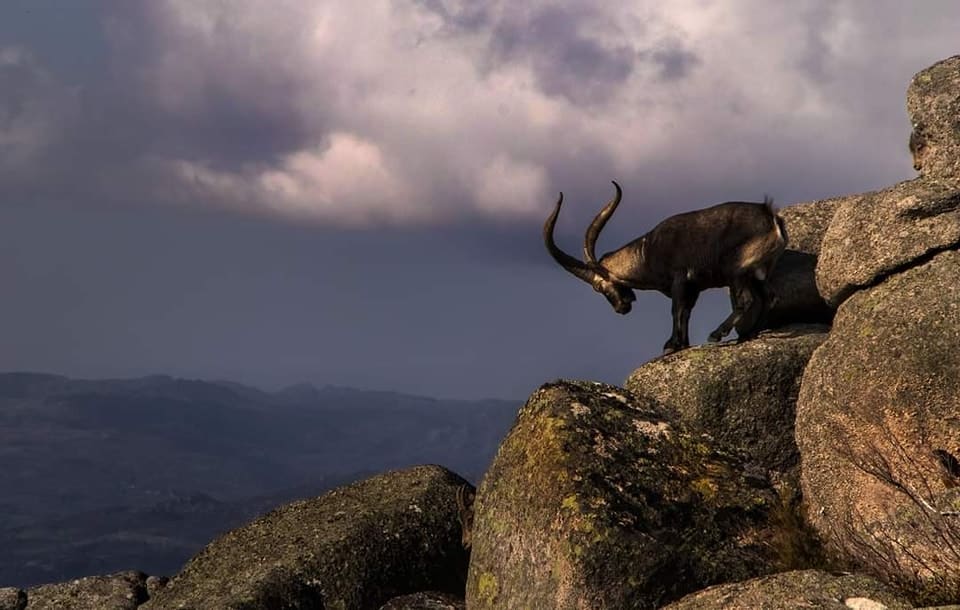 The macabre discovery of the headless carcasses of two protected Iberian ibex goats in Portugal’s Peneda-Gerês national park has prompted a major investigation.

Authorities are convinced the two males were killed by poachers who will have sold their heads as trophies, for no less than €5,000 each.

The O Gerês facebook page sounded the alert two weeks ago, in a post entitled “the return of dark days”.

Shots had been heard in the mountains at the end of last year, which led people to believe hunters were stalking the goats during the mating season.

This was confirmed days later by the discovery of the first headless carcass – and then a couple of weeks after that the second carcass appeared “in almost exactly the same place”.

The GNR (through its environmental arm SEPNA), and ICNF (nature and forestries institute) agents are investigating, or at least keeping a presence of vigilance – but Peneda-Gerês is a vast area. It includes territory over the Spanish border, and ‘therein lies the rub’: Spain has not yet protected this threatened goat species.

Says the O Gerês facebook page: “We are a civilised country, and we are grateful that species like the Iberian Wolf, the Roe deer and the Iberian Ibex (known in Portugal as Cabra Montês, Latin name: Capra pyrenaica) have been protected for many, many years. In the same way we are ashamed that the neighbouring country which only recently decreed the Iberian Wolf a protected species, continues to support and encourage the hunting of the Iberian Ibex, for which a licence (to hunt) costs around €12,000.

In other words, this is a very delicate situation, but one that needs to be settled because these ancient creatures are fast becoming ‘extinct’. There used to be four subspecies of these mountain goats (one being Portuguese) – but two have since disappeared. The Portuguese sub-species died out in 1892, according to Wikipedia, and the Pyrenean sub-species became extinct at the turn of the millennium. This means that current examples are essentially from the Spanish sub-species, whose native country still insists on hunting them.

The O Gerês facebook page simply sends out an exhortation: “We can only demonstrate perplexity, shame and indignation in the face of such barbarity, and expose it to our community. We are and will always be against any acts of aggression against protected wildlife of the National Park. As Portuguese citizens we hope justice can be done, and these criminals can be punished.