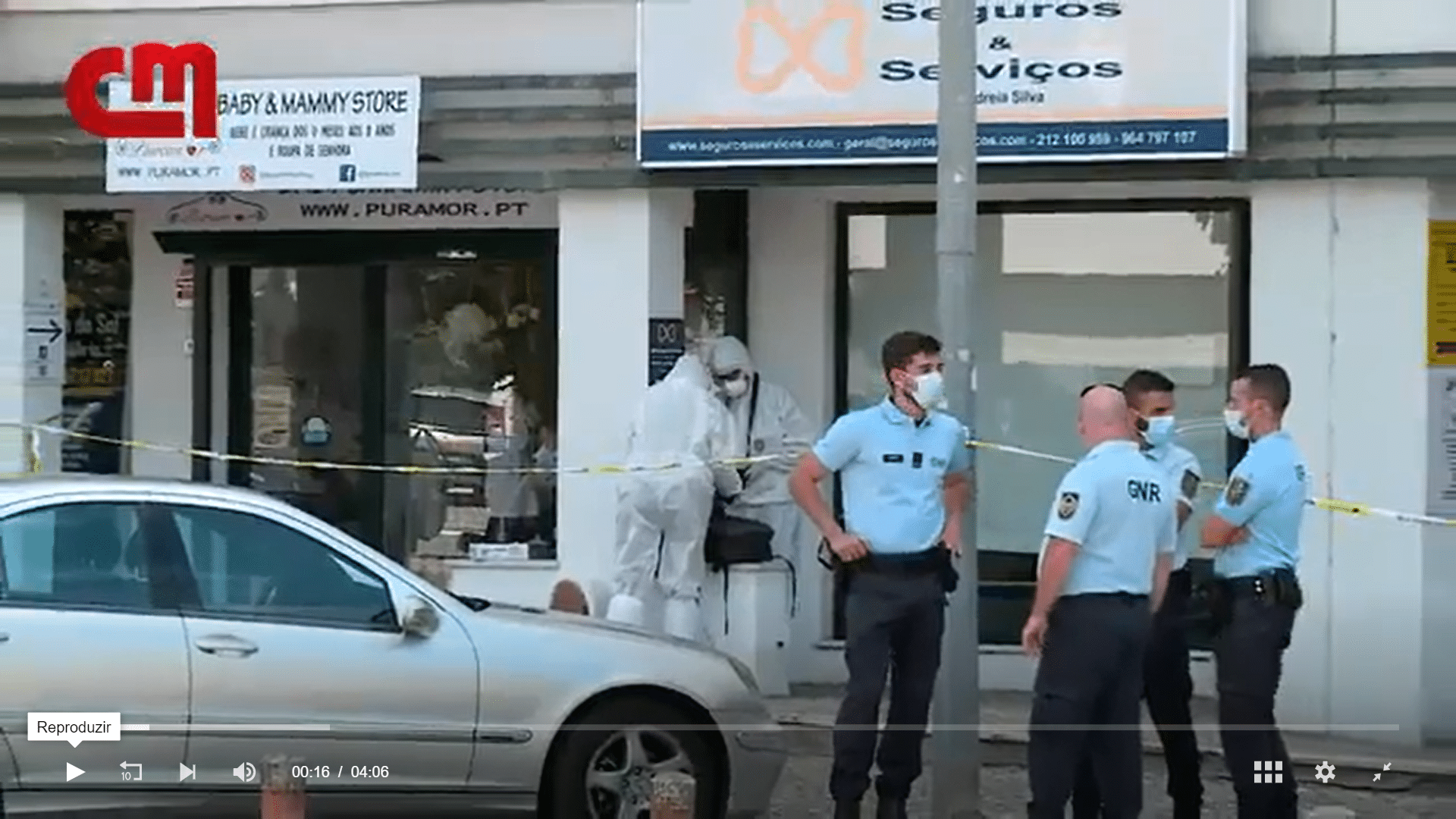 Scenes that no-one in Sesimbra can quite believe left one Hindustani man decapitated yesterday, and his attacker, dripping with blood, taken to hospital.

Both men have been described by those that knew them as “nice and hard working”.

What made one of them turn on the other in the way that he did is what no-one can understand.

Explain reports, it started as the two men, both in their late 30s-40s, left the mobile phone repair shop they ran together ‘in a heated discussion’.

They entered an insurance office, in which the owner and her young daughter were, and “without any warning, the attacker put his arm around the victim’s shoulder in what appeared to be an embrace”, writes Correio da Manhã. “But he had a knife in his hand which he pressed against (the victim’s throat) and then pulled horizontally.

“Incredulous and in panic the (owner of the insurance office) ran outside, screaming for help.

“The man came after her, but then returned inside to finish the job.

“He delivered two further stabs to the victim, now immobile on the floor and then went out into the street where, with the same knife, he started stabbing himself”.

Fortunately, GNR agents arrived within minutes. They were able to handcuff the suspect whose injuries by this time were quite serious.

The surviving man is now in hospital and will be formally charged and taken before a magistrate when he has recovered.

Says CM, the crime has left everyone in the area of Quinta do Conde in absolute shock.

INEM had to administer ‘psychological support’ to the various adults involved, while the child was removed from the scene by friends of the family.

PJ police will now be trying at least to understand the circumstances that led to this terrible outcome.

Little seems to be known about the men, other than that they appeared ‘nice and hardworking’.

The victim leaves behind a wife and baby, says CM. He apparently first arrived in Portugal 10 years ago, having opened the mobile phone repair shop in the last three months.