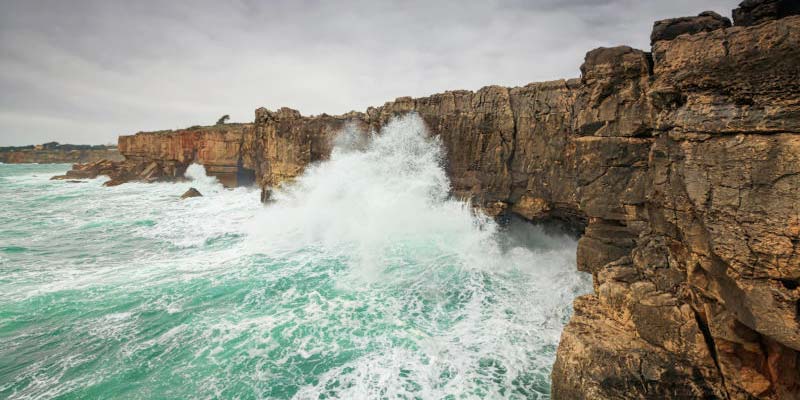 Passers-by and other fishermen looked on in horror yesterday as two Nepalese brothers were dragged to their deaths after being swept up by a wave in the well-known ‘beauty spot’ of Boca do Inferno (‘mouth of hell’) in Cascais.

Explain reports, one brother fell as a result of the wave hitting rocks where they were sited, while the other jumped in after him, calling for help.

Both men appear to have been seen with their arms outstretched in the sea, ‘away from the part where waves were breaking’, but then they disappeared and were not seen alive again.

Boca do Inferno is no stranger to all kinds of accidents – many of them fatal. Maritime police commander Pereira da Terra told reporters: “People expose themselves to risks that the sea often hides. We think it is ‘like a summer’s day’ but the sea has a lot of strength”.

Signs warning of the dangers are in evidence, but they don’t dissuade everybody (click here).

It took searches by boat and jetski to localise the bodies, which will now undergo autopsies.

The brothers lived locally, says Correio da Manhã, and their families have been informed.