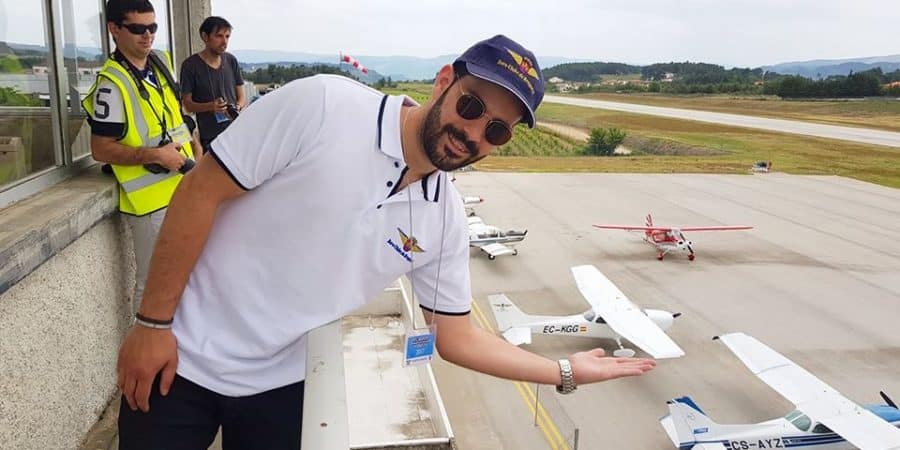 Two men were killed when the ultralight plane they were travelling in crashed over Bragança on Saturday.

Relatives, friends and colleagues of 60-year-old businessman Horácio Sousa and 26-year-old pilot André Bessa were described as in shock as reports of their deaths filtered through from Aeroclube de Bragança.

Both men were qualified pilots.

Bessa was due to start a career flying for national airline TAP this week, writes tabloid Correio da Manhã.

Eye-witnesses to the accident have described how the plane started “losing altitude” over fields close to the village of Varge.

It then continued on for about 1.5 kms.

There appear to have been two loud bangs in which “something white” fell to the ground, and then the plane itself crashed with the engine still working.

Investigators are now sifting through the wreckage to try and find out what went wrong.

Reports suggest the plane was in perfect working order. It had completed a trip to Spain earlier in the day, and was used regularly.

The flying club’s director Orlando Gomes has told reporters this “is the first time something of this amplitude has happened”.

Aeroclube de Bragança’s Facebook page has described “a day of profound mourning” and “immense pain” at losing “two great men whose behaviour always honoured us and gave us pride”.

Autopsies of the victims are due to be carried out at Bragança’s Office of Legal Medicine.