Portugal Resident
Home Original Honk! A first time for everything 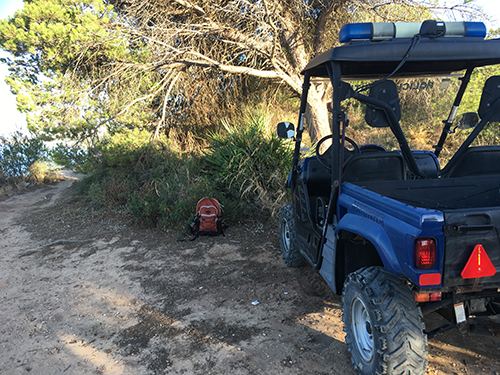 “I am a musical virgin,” said Chris Winstanley, director of Honk! The Musical by the Algarveans Experimental Theatre Group, due to go on stage in Lagoa next month.

Chris, who has been living and working in the Algarve for the last four years, has vast experience of acting and directing, with 20 years’ experience.

Honk will be his first musical and the 13th production he has directed, following on from his critically acclaimed production of Daisy Pulls It Off in October 2009.

Chris has always wanted to direct a musical and cannot believe an amateur group has not staged one in the Algarve for over 15 years. This production of Honk! The Musical will also be a Portuguese premiere.

But it’s not only Chris who is a musical “newbie”. Trevor Herrington, the Musical Director of the show, has been involved in a variety of choral societies for many years but never a musical. “I find myself waking up in the morning singing the songs from the show,” Trevor said.

Karen and Ian Carfrae, who have been performing along the Algarve as the well-known duet Class Act, auditioned last year along with 50 others and landed the parts of Ida and the Cat respectively. Although they have been involved with music for many years neither have appeared in a musical.

Honk! The Musical is based on the famous Hans Christian Anderson story of the Ugly Duckling but is told in a way that is fun for all the family whether you six or 86.

Honk! The Musical opens on April 21 and runs Thursday to Saturday for four performances at Lagoa Auditorium. Performances commence at 8pm each night with a 3pm matinee on Saturday April 23.

Visit the show’s website at www.honkthemusical.webs.com for news, views and general information on the production. Tickets can also be ordered through the site or call 282 789 608. Alternatively, tickets can be bought in person at A Fábrica Restaurant in Praia da Luz and Moveison on the EN125 in Chinicato or from the offices of the Algarve Resident, English language media partners of the show, in Lagoa.