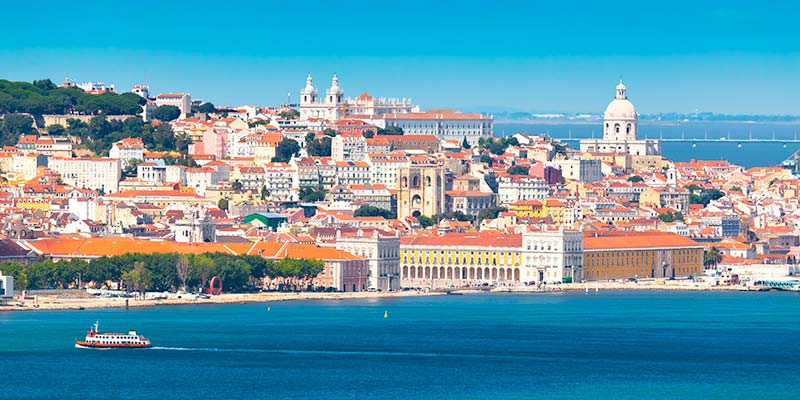 Desperate to escape the political crisis that the territory is embroiled in, an increasing number of Hong Kong citizens are seeking information about purchasing properties in Portugal.

Reports that there had been a “dramatic spike” in the number of inquiries from Hong Kong about Portugal’s golden visa programme – which serves as a ‘fast-track’ for wealthy foreigners to move to Portugal – emerged in August and it seems the tendency has continued into the last months of 2019.

Data from Portugal’s immigration and border agency SEF shows that since the introduction of the golden visa programme in October 2012 and until November 30, 2019, the country has issued 8,125 golden visas and more than half (4,441) to Chinese investors.

The Resident spoke with several representatives from real estate agencies as well as a law firm who confirmed the growing interest among Hongkongers, although many of them are still looking to Lisbon before they look to regions like the Algarve.

Ricardo Ferreira from the Martínez-Echevarría & Ferreira law firm told us that there has been a “very significant increase in the interest and inquiries from Hong Kong investors”.

“Following the political tension that Hong Kong has been facing since April, these investors who own several net assets admit that they are preparing back-up plans and looking at the possibility of purchasing a residence abroad,” the lawyer told the Resident, adding that the increase in demand for Portuguese properties is up compared to last year.

Ferreira said that the law firm has experience working with Hong Kong investors and has already worked on obtaining golden visas for some of them, although he is “convinced the number of golden visas attributed will increase significantly in the coming months”.

Zoie Hawker, managing partner of Fine & Country Algarve, said: “Earlier this year we started to see a few enquiries trickling in from Hong Kong Chinese buyers. Until recently we had only seen the occasional expat buyer, the typical case of professional people (European nationals) who have reached the end of their careers in Hong Kong and look at Portugal as an option when moving back to Europe.”

While Lisbon still attracts most of these buyers, Zoie believes that as property in the capital has become more and more expensive, these golden visa buyers are open to considering other parts of the country “as long as we can offer the investment yield they are looking for”.

“Last month, we had a stand booked to attend Hong Kong’s largest international property exhibition but, just one week before the event was due to take place, it was cancelled by the organisers due to security concerns in the face of the protests that were taking place,” she explained.

“As we were totally committed to the trip, we decided to go ahead and stage a small event ourselves, launching a website and social media campaign to promote a small seminar at a hotel, attracting around 30 people. The level of interest shown was very encouraging and, as a result, we have already rebooked our stand for the exhibition which will now take place in April.”

Alison Hojbjerg, director at QP Savills in Quinta do Lago, told the Resident that the agency has seen “interest from a few expats who are currently living in Hong Kong as well as a few Hongkongers”.

“It is possible that we may see more interest from Hong Kong residents in the future, but we cannot say that a remarkable number of Hongkongers have shown interest in the Algarve so far. It seems Lisbon has shown itself to be a more appealing city for many from China,” she explained.

Alison explained that “on one hand, this is a little surprising due to the investment opportunities Quinta do Lago and Vale do Lobo, in particular, offer”.
“But on the other hand, many outside of Europe are still unfamiliar with everything the Algarve region boasts,” she said.

“We see the potential for more people from Hong Kong to find out about investment opportunities here locally and are currently in negotiations with some large agencies from Hong Kong who clearly foresee this to be a hugely interesting area,” Alison added.