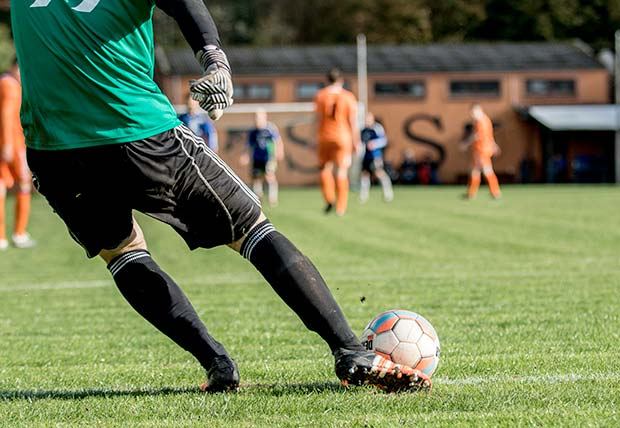 In professional sports, the schedule of matches, tournaments and prestige events, like the World Cup taking place this summer, dictate the time available for athletes to recover from injury.

The game, the club, the team and the athletes have long become a money-making business, and a player that cannot compete due to an injury is money lost. It is not surprising then that sports clubs continue to seek treatments that are effective, non-invasive, have least possible side-effects and are free of doping restrictions, to assist their athletes at their recovery.

An article in German magazine Der Spiegel, of 2008, highlighted a survey that had been undertaken amongst the football clubs of the Bundesliga, the German football league, and that exposed the extensive use of homeopathic remedies in the 1st and 2nd division.

The survey had revealed that 92% of the medical teams treated the players with homeopathy; 76% of them mainly used Traumeel, a homeopathic complex formula.

Traumeel is the most well-known preparation for the treatment of injuries caused by physical exertion during sport and has been widely tried and tested for its efficacy. It has been described as a homeopathic ‘diclofenac’ as studies have found its effectiveness, patient tolerability and compliance to be equivalent, even superior, to conventional non-steroidal anti-inflammatory drugs.

Traumeel is indicated for use in the treatment of trauma and injuries to the musculoskeletal system. It is used for strains, sprains and bruising, and is aimed at alleviating pain and inflammation in muscular tissue, ligaments and major joints of the back, neck, foot, knee and arms. It is also appropriate for the treatment of degenerative processes such as osteoarthritis.

Much like professional athletes, the amateur sports person or the generally active individual may also contract similar injuries when out and about on the playing field, the race track or inside the sports halls and stadiums.

However, with the arrival of spring and many of us eager to get out and get active again after the somewhat cooler, more restful months, it is not just sports people who are at risk of enduring injuries. Those working in the garden or tending to chores in and about the house can sustain musculoskeletal trauma or injuries, benefitting also from a homeopathic complex preparation like Traumeel.

The treatment with Traumeel is effective, gentle and devoid of adverse effects. This complex preparation is widely available at pharmacies across Portugal. Since its efficacy has been proven repeatedly in scientific trials and studies, the Portuguese medicines and health products authority, INFARMED, has re-classified Traumeel and has removed it from health food shops that had previously been points of re-sale of this homeopathic complex preparation, and has made it available through pharmacies only.

For the safe use at home, Traumeel can be purchased as ointment for topical application and tablets/drops for oral administration. Prior to using or taking this preparation, it is advised to read the package insert.