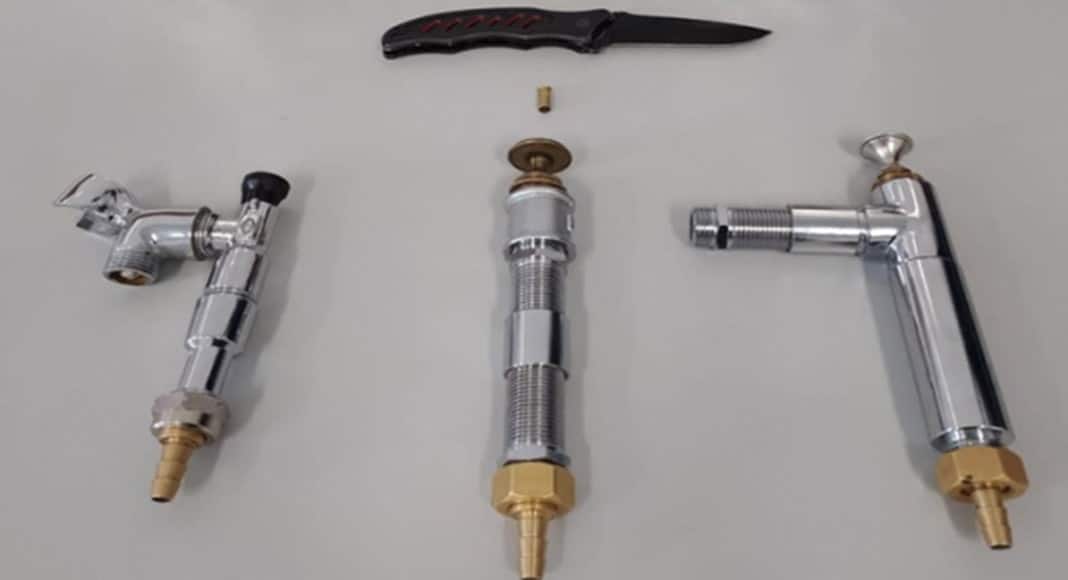 Thanks to an alert raised by a neighbour who ‘heard shots’, police in Olhão have dismantled a homemade arms factory, ostensibly led by two young men.

The 18 and 20-year-old appear to have been making .22 calibre pistols as well as selling drugs.

Searches of their homes revealed a total of nine pistols, a small quantity of crystal meth and a precision scale (used in drug trafficking).

Three guns were apparently discovered on the young men when they were searched, say reports.

According to Faro district command this was “an important apprehension” given that the pistols, however rudimentary, fired bullets and could “easily have been used in an attempt on a human life”.

The young men have been cited for illegal possession of weapons and their fabrication without a licence.

The small amount of crystal meth discovered (only 20 grams) appears not to have resulted in any charges for the time being.

The young men have been ordered to appear before Faro court but are otherwise at liberty, their arsenal apprehended.