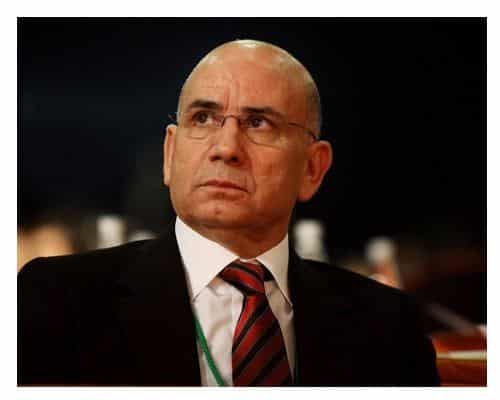 Still being investigated for the murder of a would-be heiress, former MP, lawyer and PSD policy-maker Duarte Lima has been found guilty of long-standing charges of fraud and money-laundering on a vast scale and condemned to 10 years in jail.
But thanks to Portugal’s appeals system, both he and all the other defendants condemned as a result of the “Homeland” investigation remain at liberty.
Reading the sentences, judge Filipa Valentim was particularly scathing about the fact that none of those forced to face justice “had shown they were minimally conscious of the gravity” of the crimes committed.
They were all “well-educated and highly placed in society” and one (Lima) “had even held political appointments of great responsibility”, she said.
Thus another high-profile trial has led to the embarrassing reality that all involved continue to side-step jail terms.
Even the €18 million that Lima and two others have been ordered to pay back for their ill-gotten gains will be “suspended, pending appeal”.
Leaving Lisbon’s Campus da Justiça on Friday after the trial, Lima is reported to have had his head “held high”.
Lusa news agency added that the lawyer (being investigated in Brazil on suspicion of shooting one of his clients in the head) confirmed his innocence and hopes eventually to be acquitted.

The trial took a year-and-a-half to hear over 127 sessions in which more than 1,700 sheafs of evidence were produced.
The case centred on defrauding BPN bank – a bank itself brought down by its own corruption – over land purchased near the site where the IPO (Institute of Portuguese Oncology) HQ was due to be built.
Lima et al (including the same Zé das Medalhas who is implicated in the case surrounding corruption of former prime minister José Sócrates) have been found guilty of getting BPN to finance the land-purchase for vastly inflated sums.
The money has since been tracked to Swiss bank accounts, though it is unclear if the authorities have managed to get hold of any of it.
News channels reporting on the case are studded by reader commentaries demanding to know “where the money is”.

Judge Valentim held nothing back in her summing up in which she acquitted Lima’s son, Pedro, on all charges.
Lima had showed “a coldness of character”, she said, “beneath the cape of honesty, taking refuge in inexplicable victimisation” and “using his son to practice crimes”.
Pedro Lima was only 19 at the time his father was elaborating the deal with fellow defendants Francisco Canas (aka Zé das Medalhas) and Vítor Raposo – both of which received lesser prison terms.

Meantime, Lima continues to be wanted for the murder of Rosalina Ribeiro, the former secretary and lover of a rich industrialist in Brazil. Ribeiro was shot through the head and chest minutes after dining with Lima in Rio de Janeiro.
According to CM at the weekend, Brazilian authorities think Lima shot Ribeiro because she refused to sign a document that would absolve him of defrauding her deceased lover’s heirs of millions.
CM added that Lima is on Interpol’s most wanted list of criminals.
But in Portugal he remains free to appeal in this latest example of national justice.
By NATASHA DONN news@algarveresident.com