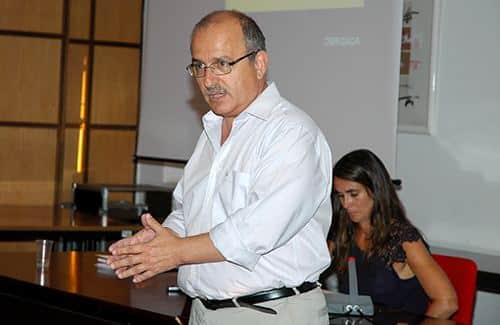 Many weeks of hyped-up publicity about the forthcoming Olympics reduced me to an archetypical grumpy old woman by the time the Games had started.

However, little by little viewing became compulsive, the human spirit exposed in all its joys and sorrows, successes and failures for the whole world to see and share. The closing ceremony, magnificent in its quirkiness, came to an end when the Olympic torch dimmed and died, from whence a Phoenix rose into the night sky on great wings of fire, hopefully to reappear four years later at Rio de Janeiro. During those two weeks of endeavour, apart from a small minority, British competitors and watchers were welded into one United Kingdom where colour, race and religion blended to become a Greater Britain with Elizabeth II at its head as both matriarch and Queen. It was pure joy not jingoism that rattled the stadia roofs and shook birds from the trees.

Before the gold dust turns to dross, perhaps for once David Cameron will do something positive to reinstate competitive sport and gymnastics in state schools, while providing an active alternative for children with sports phobia.

While this was going on, number two daughter was making her way through France, Belgium, Germany, Austria and Italy accompanied by two biker friends. The leader, who is also Pastor for the Christian Motorcyclists’ Association UK, was riding a Triumph Thunderbird. The other man was riding his 900cc Honda Hornet. Number two rode her 21year-old Ducati 750cc Supersport.

Crossing the Stalle Pass from Austria to Italy using minor roads gave few opportunities to refuel and reserves were getting low. Soon after filling up at a small petrol station, the Ducati began to run rough, and continued thus through the Dolomites towards Modena and Milan.

Badly in need of an overnight stop to review the situation, the leader set his Sat-Nav: for the nearest hotel. As it turned out, the access roads were still under construction and the hotel was, as yet, non-existent.

However a kindly pedestrian directed the trio to a 4-Star (Iris) Motel close by. One large room for the chaps and a spacious single for our daughter raised no eyebrows, the delivery of guests being by personal lift from the basement directly to their allotted rooms. Happily there was a local restaurant within walking distance and, after hot showers all round, the bikers enjoyed an excellent meal followed by a restful and decorous night’s sleep.

On enquiring next morning, the motel receptionist told them that their usual clients were well-to-do business men and ‘others’ stopping by for a couple of hours rest and relaxation.

With a coughing and spluttering Ducati, the following day they entered the Mont Blanc tunnel. Over seven miles long and 28ft wide, the bikers were dwarfed by an endless stream of tall long distance trucks. Emerging on the French side belching clouds of black smoke the old bike went “pouf” and died.

While the other two were forced to continue their journey homeward the bike was driven away for repatriation on the back of a lorry. Number two was left close to Chamonix with a pile of luggage, a set of tools, leathers, helmet and boots. Remembering a few French phrases from her school days our daughter bought a bed for the night in Les Houches.

In the morning, having bought a large wheeled suitcase for her belongings, she made her way by bus, taxi, local trains and the ‘Bullet’ from Paris straight through to London St. Pancras by 10.50pm the same day. Now safely home, glowing from a sense of achievement and the wonderful things seen and done, knuckling down to the daily grind must bear similarity to the Olympic aftermath felt by those who took on the world in their chosen discipline, whether winners or losers.

Back in the sticks, drought is ravaging both olive and cork trees on our patch their leaves pale in death, a crackling carpet underfoot too dry to harbour insects upon which the blackbirds feed. Out of the many that welcomed springtime only two blackbirds remain, to be seen digging deep into a tangle of Kikuyu grass every morning and evening. It was unusual to see a little owl there one early morning.

The small compact bird was perched above a full bowl peering down into the water, taking a drink from time to time before wetting alternate wings and grooming its body feathers until ruffled and damp. When the chattering day squad arrived for breakfast the little predator flew to a nearby tree and screamed its unlovely song.

And now after a serious trauma, suffered on June 9, at last the Boss is back sailing, a bang on the head from his dinghy’s boom in no way damping either his enthusiasm or skill at the tiller.

In the interim the family kitted him out with a reinforced cap especially designed by sailors for sailors, this safety head gear having a slight similarity to that worn by employees on the French railways.

Well-tested a couple of weeks ago in winds gusting to Force 6, it was a relief to have him home in one piece and long may that continue.