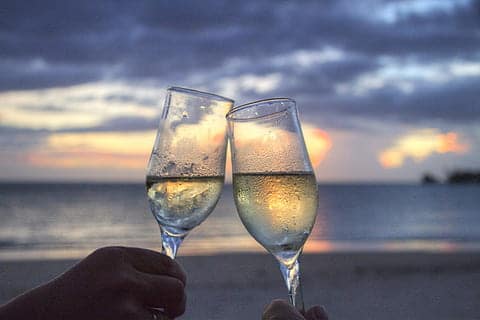 British citizens desperate for a chance of the sun this summer have finally been given a taste of the news they have been waiting for. It could mean hoards of them arriving in Portugal from June onwards.

Monday saw the European Commission announce a plan to ‘open up’ to third countries for tourism – as long as people were fully vaccinated (with an EU approved vaccine) and from countries with good epidemiological situations – while the UK government is now actively trailing its ideas for holiday travel.

Say reports, a ‘limited green list’ of ‘Covid-safe destinations’ (removing any need for quarantine on return home) will be published – and Portugal looks certain to be on it.

Bearing in mind millions of Brits traditionally take holidays abroad (and only a little over three million of them choose Portugal) a restricted list of destinations this year could work hugely in Portugal’s favour.

Other territories expected to be on the list are Gibraltar, Israel, Grenada, Iceland, Malta, the Seychelles and Jersey.

An official announcement by the UK was said to be coming this week – but to date no-one is being told exactly when.

In the meantime, the EU’s stipulation that holidaymakers must have been fully vaccinated, with at least two weeks having passed since their second shot, is being queried on the basis that younger Brits will not have received their shots yet. They will be hoping travel is still allowed on the basis of a negative PCR test.

One gem to emerge however is the fact that island destinations (for example, Portugal’s archipelagos of Madeira and Azores, or Spain’s Balearic and Canary islands) will be receiving “separate travel corridors” meaning travel could take place even if the main country had high levels of coronavirus (which Spain currently has).

For the time being both Spain and France and most of Europe are said to be ‘off the green list’ as their epidemiological situations are just too fraught.

Said the Times yesterday, “(Boris) Johnson is personally said to be determined for people to take summer holidays abroad”.

In the hurly-burly of constantly changing information, this is one statement for sun-starved Brits to hang onto.

The Telegraph has been ‘gung-ho’ when it comes to Portugal, running a comment piece from its travel news editor Hugh Morris on “Why Portugal should be the first country on the UK’s green list” (click here).

Citing the “plummeting case rate and barely any deaths”, the article concedes nonetheless that “Portugal has had its fingers burned before” (referring to the opening of a travel corridor last summer, only to see it slam shut again within two weeks), and to subsequent travel bans, described by government sources here as being ‘absurd’ (click here).

Says Hugh Morris, Portugal has always ‘been there’ when it comes to the UK, “it seems only fair that, even if the rest of Europe turns ‘amber’ next month, Portugal goes ‘green’”.

Lurking in the shadows of all this ‘good news’ nonetheless is the reality that both the UK and EU will be monitoring epidemiological situations throughout the summer – meaning countries could find themselves ‘promoted to the green list’ if their virus situations improve, or vice-versa.

This explains Portugal’s focus on forging forwards with its vaccination programme, which according to television commentator Luís Marques Mendes has already succeeded in immunising the country’s most vulnerable.