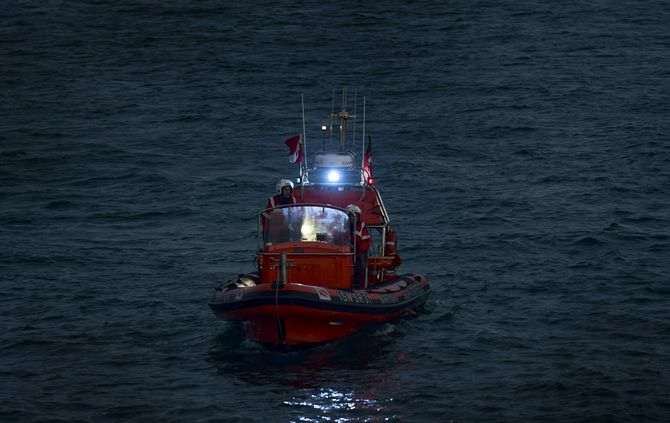 Searches for three people reported missing in a shipwreck at the mouth of the River Douro have now been suspended as it seems more than likely that the SOS called in yesterday morning was a hoax.

Most of the north of the country was on ‘bad weather alerts’ yesterday, in the aftermath of the weekend’s storms, thus initially the Air Force and Navy scrambled a helicopter and boat crew.

But the fact that the boat reported to have sunk had a name no one found registered anywhere sparked suspicions, which hours of fruitless searching then seemed to bear out.

There was no shipwreck at the mouth of the River Douro.

The alert was called in at 6am yesterday, as national tabloid Correio da Manhã ran with a story suggesting that in the Algarve a kite surfer was also lost at sea, in high waves. This story also proved to be a hoax.