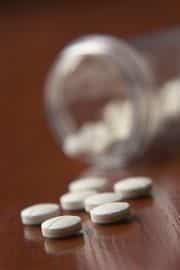 PATIENTS WITH cancer, HIV and hepatitis could soon receive their medication at high street pharmacies rather than at hospitals.

The measure, announced by Health Minister, Correia de Campos, was welcomed by pharmacists, but condemned by the Portuguese Order of Doctors whose head, Pedro Nunes, said the measure posed a grave risk to public health.

Addressing hundreds of pharmacists at the end of the eighth National Congress of Pharmacies in Lisbon, the Health Minister said that “preparations are under way that will allow pharmacies to distribute medicine for chronic conditions such as HIV, cancer and hepatitis, among others.”

The measures form part of the government’s new Health Pact announced in May this year, which also includes the liberalisation of pharmacies, improving accessibility to medicines and preserving and improving the quality of pharmaceutical services to the public.

Correia de Campos explained his reasons for allowing the sale of medicines that are presently made available to patients by hospitals. “The administrative control of these powerful, aggressive and essential medicines were made exclusively available through national health hospitals and there are no reasons why they should not be made available to pharmacies for non-hospitalised patients,” he said.

These arguments have not convinced the Order of Doctors, Nunes said: “The Minister must be out of his mind. If medicines, such as those for HIV are not carefully monitored in hospitals there is an enormous risk of the patient becoming resistant to the HIV virus, which is what has happened with TB drugs, this can result in patients dying.”

According to Nunes, without the technical supervision of patients by a qualified doctor, the risk of not taking the drugs correctly could result in the virus becoming resistant to the drugs themselves.

Critics of the new measure say that it is the government’s way of introducing payment for such drugs, which until now, have been dispensed free of charge at hospitals.