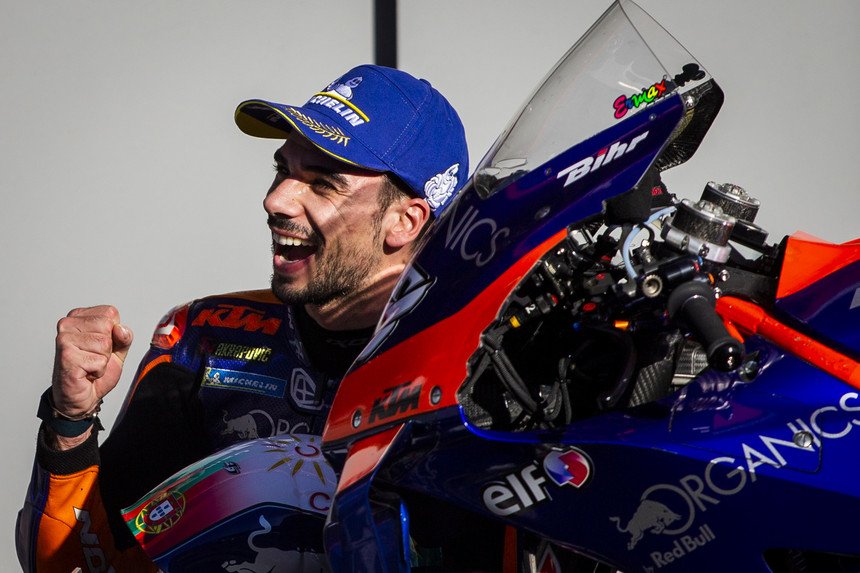 In one of the best kind of feel-good results the country could hope for, Portuguese rider Miguel Oliveira has won the 2020 MotoGP Portuguese Grand Prix in Portimão today, producing a fairytale ending to his extraordinary season.

President Marcelo and prime minister António Costa have been quick to congratulate him, both referring to the pride and delight it has brought the country at what is otherwise a fairly dismal time.

Oliveira himself has described the win as ‘surreal’, in that it is his first MotoGP victory on home soil.

“You dream of these kind of races, and to finally be able to win, it’s incredible”, he said afterwards – adding that the whole day has been made ‘extra special’ because his family “didn’t get to see my first win, and they get to see it live here. An incredible say for me, very emotional”.

The 25-year-old who has been on wheels pretty much since he was four years old was riding for French-based Red Bull KTM Tech3 which had never had a MotoGP win in its 40 year history until August, when Oliveira clinched his first victory of the season at Austria’s Styrian GP (click here).

The extraordinary rider is now leaving Tech 3, but he does so, he told Sport TV with “a smile and a victory that leaves me very proud”.

And because the pandemic meant this extraordinary victory played out without any members of the public in the stands, the champion had a special word of thanks to “all those who watched (the race) at home and couldn’t come to the Algarve to give their support physically. I know they were on my side, giving me strength – and believe me I needed all of it to manage the laps. Thank you to everyone”.

According to Wikipedia, Miguel Oliveira is studying to be a dentist “concurrently with his Grand Prix racing career”. Whether this really is the case is the last question on people’s minds today as the first MotoGP in Portugal has the added glow of seeing the top prize go to a Portuguese national.

As President Marcelo observed, it was a “symbolic event” that “served to reinforce the will to triumph in so many other areas of national life”.

For a more detailed sporting take on Miguel Oliveira’s victory, look out for our paper edition on Thursday.