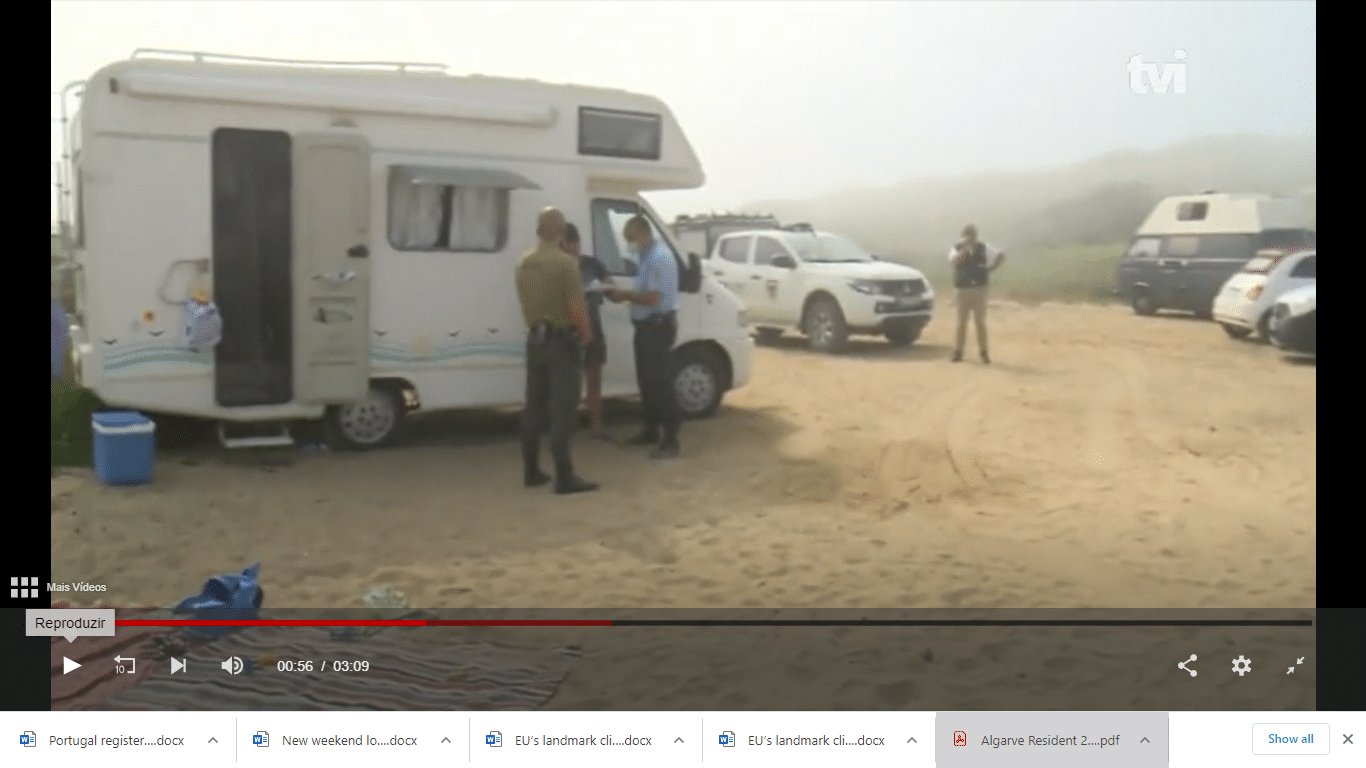 Among the changes are increased fines for anyone found using a mobile phone at the wheel, and the prohibition of caravans and motorhomes to make overnight stops “outside authorised places”.

The rules were first mooted in November, after the Council of Ministers approved a number of changes to bring the Code up to date.

The new Code now sees Uber drivers (and any others working for digital platforms) included in the requirement to have a blood alcohol level of less than 0.20 gr/ litre when transporting passengers.

Tractor drivers are also facing new demands under the changes: including the wearing of seatbelts, use of safety arc and special advisory lights when the tractor is moving. Fines for tractor drivers breaking the new will run from €120 to €600.

A nod at digital progress also sees drivers able to show police identification documents through the government application id.gov.pt – and for the first time electric scooters are to be included in the code, in the same bracket as bicycles once they reach a speed of 25 kms/ hour, or a maximum strength of 0.25 kw. At this point fines for exceeding speed can run from €60 to €300.

Explain reports, the revision of the Highway Code has made it possible to put all categories of vehicle on one licence “allowing for the elimination of tractor licences and licenses for the driving of  agricultural or forestry vehicles on public roads”.

Also under these new measures, drivers will be able to recover driving licences that may have expired by taking examinations and/ or attending training courses.

Today’s reports barely dwelt on the fines facing people staying overnight in caravans and motorhomes in unauthorised places. But these have been known to run into double figures, and according to reports last May, could reach €2000.