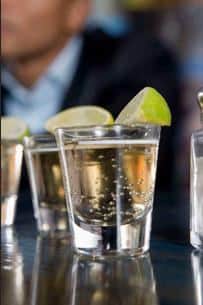 LAW AND order is again topping the political agenda in the UK following the spate of killings in recent weeks.

Given the increasing outbreaks of alcohol-induced violence, such as the tragic case of the father of three killed outside his home last month, one of the knee-jerk responses has been to call for increased alcohol taxes. There is no evidence elsewhere in Europe that this is relevant.

Out of the 27 EU Member States, seven have a higher alcohol consumption per head than the UK. Luxembourg heads the list, yet there is no tradition of binge-drinking or no “Luxembourg louts” rampaging through the streets. Duty on beer is literally one-tenth of the UK level, around four pence a pint compared with around 40 pence in the UK, yet there is no campaign to raise the tax in Luxembourg because people there drink sensibly.

Spain and Portugal are among the other six countries on the list. Duty on beer is about the same as Luxembourg, and VAT on wine is also lower than the UK. Sadly the main examples of alcohol-fuelled behaviour in these countries come from certain British yobs who go there expressly to get drunk.

The UK now has the highest incidents of alcohol-induced violence in Europe – yet already we have the highest alcohol taxes. To suggest that the majority of the law-abiding public should pay even higher taxes is surely not the solution as it does not address the problem: it is our society that has to change.

Certainly there are some things that governments can do – or undo. Recently a UK Home Office report revealed a 22 per cent rise in alcohol-fuelled crime between 3 am and 6 am, following the relaxation of licensing laws and the introduction of 24-hour licensing.

In the first full year of the new law, there were 64,000 more violent attacks by drunks than the year before. A review here may certainly help.

Meanwhile, one of the consequences of the higher alcohol taxes in the UK has been that people have started importing their supplies for themselves. Over a million pints of beer cross the channel from France every day, much of which may well be resold illegally in the UK.

Forty per cent of champagne drunk at weddings is brought into the country privately and the amount is increasing. Higher taxes would merely accelerate this trend.

Nonetheless, it has been interesting to see a flurry of letters in local papers, from people who are not regular correspondents, suddenly emerging to say alcohol taxes should go up fast.

Given our former Chancellor’s appetite for more taxes from any source, cynics might assume such letters were ghost-written by Downing Street – but of course I could not possibly comment.