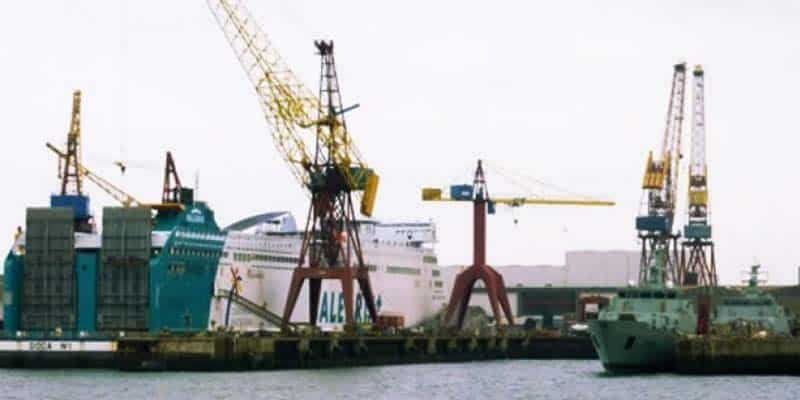 In another news story today describing ‘overpaid millions’, president of a State holding company João Pedro Martins has called out the “high corruption” that he feels lies behind the extinction of naval shipyards in Viana do Castelo.

For many this saga will be a ‘blur’ – an old story about a State-funded shipyard that ‘went bust’.

But if João Pedro Martins’ take on the situation is correct (Martins is an ‘economist’ by profession) then the collapse appears to have been part of a concerted political strategy, involving “clear intention of mismanagement and then privatisation”.

This is what Algarve MP João Vasconcelos believes (among several others) and what public prosecutors will now be evaluating.

João Pedro Martins has told a parliamentary committee that as far as he is concerned, there were “many situations of a criminal nature” both in the past “and the very recent present”.

“Someone doubled the value of the accounting record of State aid to the shipyards”, he told MPs yesterday (Wednesday), but because Martins “does not obey public officials” he “did what he had to do”.

Explain reports, Martins took on his role as president of Empordef, the holding company that manages State-owned businesses within the defence sector – to oversee the liquidation of the extinct shipyards (sub-licensed to industrial group Martifer in 2013).

But his request then and there for a forensic audit was refused, on the grounds that the general inspectorate of taxes “didn’t have the means available”.

Getting to work ‘on his own’, Martins appears to have discovered several “incorrect records”, inflating the yards’ negative equity by hundreds of millions of euros.

As far as Martin is concerned, this incorrect records suggest “many irregular situations of a criminal nature”.

These have now been reported to the competent authorities, he says

But as every news source today explains, Martins has stopped short at identifying who or what body “ordered” the doubling of the amount of accounting aid.

“I did the homework and shared the information with who I had to share it with”, he told reporters, affirming “Viana do Castelo was high corruption”.

What happens next will be key.

With MPs looking at the Public Ministry for ‘action’, other stories in the media suggests lawyers particularly have been making a mint from this situation.

Martins told the parliamentary committee yesterday that he had found instances where Empordef had been paying up to 230 euros per hour (for multiple hours) of legal advice.

Multiply that by the six firms that were “sucking from the State teats” and Martins seems to have identified a veritable monster.

He told the parliamentary committee that €12 million had been allocated in the State Budget of 2018 for payment into the shipyard liquidation process, but he refused it, saying there was no money owed to anyone.

MEP Ana Gomes – a veteran campaigner for transparency due to leave Brussels in May to work for an anti-corruption NGO – has tweeted: “Let’s prepare for the retaliation now of the core interests that these large law firms serve”.