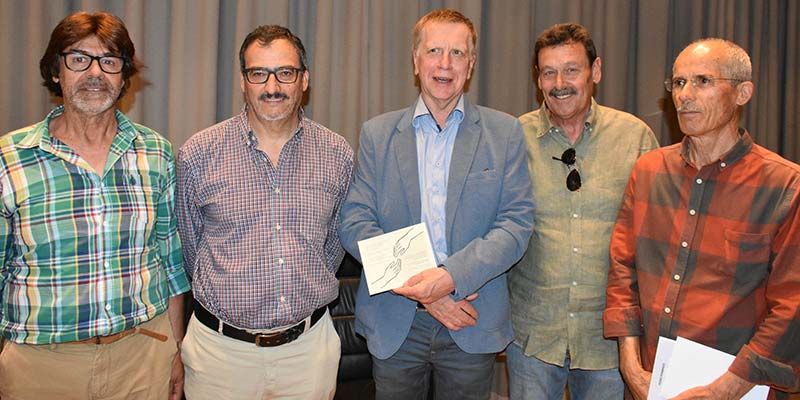 The firemen who were at the frontline of the emergency services’ response to the Martinair DC-10 aircraft that crashed in the morning of December 21, 1992 at Faro Airport met Cor Ten Hove (centre), one of the survivors of the crash, on Friday, May 17 in Faro.

When the plane crashed, the Dutchman was sat with his wife Yvonne at the front of the plane which was severely damaged.

The meeting was an emotional moment for João Teixeira, José Cirilo (left), Luciano Marques and António Tinoco (right) and for everyone who attended the presentation of the book about the tragedy, ‘A Última Aterragem’ by Pedro Fernandes, at Faro’s municipal library.

Our reporter attending the presentation discovered that Cor Ten Hove had learnt about Pedro Fernandes, Safety Officer at Faro Airport, and his book through an article published by the Resident in 2016 (click here).

It was thanks to this article that survivor and author met up and the former was able to provide an important contribution to the book.

An English version of ‘A Última Aterragem’ will be published later this year.