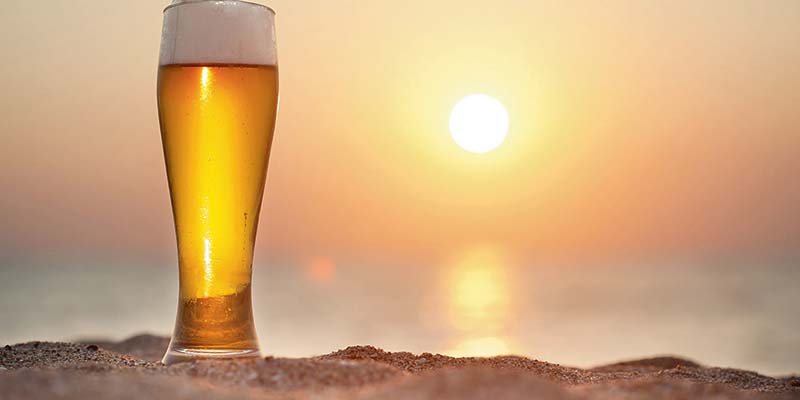 Almost 22 years have passed since I left rainy London via snowbound Berlin for balmy Portimão in late 1997. Looking back, a thousand and one things have happened since, my personal circumstances have changed, good friends have come and gone in more than one way, and yet it seems like only yesterday that I became a permanent resident of the equally changed Algarve – for better and for worse.

It always amazes me when I accidentally bump into old acquaintances or work colleagues from one of my many previous lives, meeting each other in a completely different context (and attire!) and still we recognise each other.

At the same time, I am always taken aback when apparent strangers come up to me gushing: “Hi! Do you remember us? We met you 12 years ago!” or something similar. The honest answer is “no”.

I have worked out that between managing a tennis club, staging twice-weekly pub quizzes at over 14 different venues over the years as well as my other activities bringing me in contact with the general public, I ‘meet’ about 5,000 different people over any 12-month period, all of whom have their attention solely focused on my person, whether I am renting a court to them or asking trivia questions.

Multiply that number by 22 and add into the equation an ageing brain ‘refreshed’ with copious amounts of beer on a regular basis, and it is no surprise that some faces fade from my memory.

Coincidentally, a recent study conducted by the University of York has found that the average person can recognise the same number, about 5,000 faces, subjects with the lowest recall still remembering 1,000 while participants with the best memories knew up to 10,000.

“We haven’t yet found a limit on how many faces the brain can handle,” psychologist Dr Rob Jenkins concluded – well, I have!

‘Tom, Dick and Harry’ and the onset of self-induced Alzheimer’s apart, it appears that the imminent arrival of my – where is that calculator – 56th(?) birthday is nothing to worry about once you ignore various deteriorating body parts in need of servicing. Not only is the ‘old’ 60 the new 40, but scientists are now claiming that we only truly become grown up in our 30s!

Am I “just a teenager in love”, as Dion and the Belmonts once crooned? Who knows, or ‘cod nose’, as we used to say. Personally, I think that all this theorising about the human condition is a load of old codswallop.

Everybody is wired differently. I am sure some of my contemporaries at school were born ‘adults’ (as were the likes of Michael Gove and Jacob Rees Mogg), while many others such as myself remain children at heart during their entire lifetime.

Professor Peter Jones says: “To have a definition of when you move from childhood to adulthood looks increasingly absurd; there isn’t a childhood and then an adulthood – people are on a pathway, they are on a trajectory.”

Whereas I accept that we all reach an age at which point we are forced to accept certain responsibilities (mostly when we leave home) within the society we live in, such as paying bills and behaving with a degree of civility towards others, taking yourself too seriously and disguising the inner child to such an extent that you actually start believing in your own ‘importance’, becomes a serious crime against humanity and your own happiness. There you have it, my philosophy in a very long sentence which my laptop accepted without attempting to ‘auto-correct’!

Staying with the subject of ‘happiness’, the Algarve still has me waking up with a smile, despite the aforementioned changes over the past decades. The sunshine, blue skies, the proximity of the sea and slower pace of life cannot be substantially diminished by the rise of bureaucracy, overcrowding, relentless building and Euro-induced, still-falling standards of living.

In many ways, ‘we’, the so-called expats, permanent or part-time visitors to these shores, are privileged as, by virtue of our presence, we cannot be suffering any serious financial hardship as opposed to many of the Portuguese families we share our daily lives with.

Did you know that almost 2.6 million people – that is a quarter of the population – are living below the poverty line and that Portugal is one of the most unequal countries in Europe? And yet, while the rich get richer, politicians pay lip service, one corruption charge after another fails to stick and the number of workers on the already minimal minimum wage six-month contract continues to rise as tourists count their change, ‘they’, as do ‘we’, adapt, enjoy and make the best of things in a stoic, very Portuguese way – the most important being that we are all still here, together, as life goes on while other countries, embroiled in the never-ending Brexit quagmire, feel the need to quantify their relative happiness.

It is no great surprise then, although worrying, that the latest United Nations World Happiness Report, based on individuals’ assessments of their lives over a two-year period, has Portugal down in 66th place, sandwiched between Peru and Pakistan. ‘Top of the world’, so to speak, is Finland for the second year running followed by Denmark, Norway and Iceland while Britain has improved four places, up from 19th to 15th. New Zealand and Canada are the only non-European nations in the top 10, the other end of the spectrum featuring Afghanistan, the Central African Republic and South Sudan as the unhappiest places to live.

Measuring happiness is not an easy thing to do, but, at first glance, the above ‘league’ table would suggest that standard of living, disposable income and social equality all play a major role. All three of these criteria have been hard-hit since the post-revolutionary boom years in our country of choice and that needs to be addressed.

Barring a second uprising, these changes must eventually come from the top, but, in the meantime, let us practice the ‘pyramid principle’ so successful in any sales environment: no matter how big your worries, how bad your situation looks, make a point of helping each other on a daily basis, if only with a smile or a kind word.

Happiness reflects social progress and we need to focus more on the things that really matter so we can create a society where everyone has the chance to flourish and no one gets left behind.

Right, now I am off to the beach to have a cold beer – see you next time!