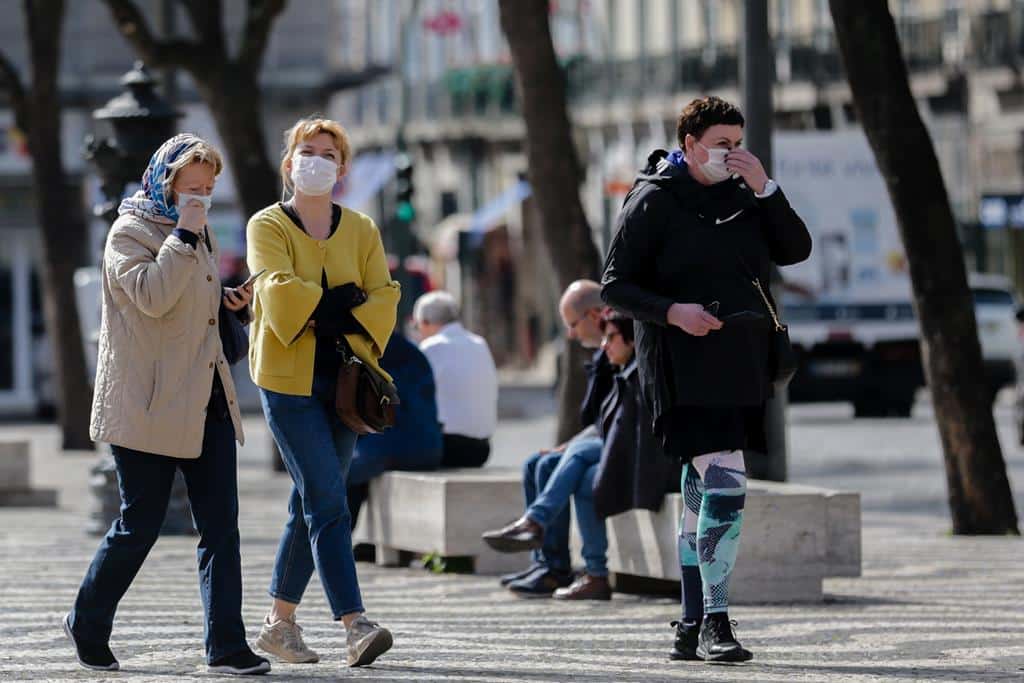 A fascinating radio interview with a top scientist has suggested herd immunity when it comes to Covid-19 is almost certainly the only way countries are going to be able to cope with this virus, and survive.

“Either we die from the cure”, molecular biologist Cláudio Sunkel told Rádio Renascença this morning – referring to strict measures of lockdown that are destroying the economic fabric of society – “or we learn to survive”.

Director of Porto University’s institute of investigation and innovation in health (i3S), Sunkel’s explanations are a window in on the scientific approach to this crisis that government leaders will have been taking on board during recent discussions on how to move Portugal forwards.

Sunkel told RR that the risks of increasing infections as society opens up have to be weighted against the need to avoid the greatest number of deaths.

“We have to go at this slowly, allow some people to become infected but ensure that it is a controlled number”, he said, emphasising that this is the only way to get herd (or community) immunity “which is the only way we can deal with this virus, bearing in mind that it isn’t possible to find a vaccine that allows us to advance with immunity in more rapid way”.

But there are ways, and ways, he stressed. Sweden for example has tried the shortest route to reaching herd immunity, resulting in three times the number of deaths suffered in Portugal. Sweden’s population is roughly that of Portugal so the comparisons are clear.

“It seems slightly irresponsible to take a decision of this type when it is possible to avoid three times the number of deaths”, said Sunkel. “I believe we have to protect, as much as possible, the people – particularly the elderly who are more susceptible to this virus”.

RR gave the professor of molecular biology, originally from Chile but living and working in Portugal for the last 20 years, considerable space to explain not only his thoughts but the ‘reality’ of a virus that scientists are still grappling to understand.

Overall, he said, as a scientist he is optimistic for the future, even though any idea of a vaccine has to be seen as a long-term prospect.

To this professional whose online bio says has been involved in scientific committees throughout the world “all the numbers suggest we are advancing, slowly, to a scenario of controlled epidemic”.

The fact that health chiefs have given the ‘maximum capacity’ for hospitals of 4,000 Covid patients means “we still have a margin of around 3000 available beds, which is very good”, said Sunkel. It suggests the country (if not the State health system on its own) will be able to respond even if there is a slight increase in the number of infected people “and therefore we know that we can develop at different speeds, maintaining protection for the the most vulnerable”, he said.

But there are still so many unknowns – particularly when it comes to the level of immunity afforded by infections.

Said the professor, “if we start seeing people in Spain and Italy who were positive and who have recovered becoming reinfected in two or three months time, this means our immune systems do not create the memory that allow them to deal with the virus efficiently”.

If this scenario is verified (which so far it isn’t), all the testing for antibodies will be rendered fairly meaningless, he admitted – as would the strategy for attaining ‘herd immunity’.

But ‘life would go on’ and that appears to be the scientist’s overriding message: life has to be allowed to go on in the face of so many unknowns.

As to the timeline for developing a vaccine, he said right now more than 50 vaccines are being tested that use different components of the virus, but as scientists “still don’t know if the antibodies we produce against the virus are capable of neutralising it” they are working with effectively one hand tied behind their backs.

The ‘good aspect’ in the battle is that this new virus is not as deadly as other respiratory coronaviruses, namely SARS-1 (which hit China at the start of the millennium) or MERS (which affected the Middle East eight years ago). Both these had much higher death rates. This new coronavirus, however, seems to have a longer ‘shelf life’ in that it sticks around on surfaces for longer periods of time and its capacity for transmission is therefore greater.

Scientists are thus developing a vaccine with “immense unknowns” ahead of them, but Sunkel said he is, in the end, “optimistic that science will find the answer”.

In the meantime, people have to be allowed to go out and ‘survive’ – and that, he stressed , implies huge collective responsibility.

For daily updates on the spread of Covid-19 in Portugal, see our website portugalresident.com